Of the International Observatory Cardinal Van Thuân on Social Doctrine of the Church. Guidelines for voting. 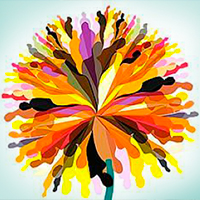 There are "non-negotiable principles"

There are "non-negotiable principles"
Of the International Observatory Cardinal Van Thuân on Social Doctrine of the Church. Guidelines for voting.

Among these non-negotiable principles are life, family, freedom of education and religious freedom.

The Observatory collaborates with episcopal conferences and ecclesial bodies to promote Social Doctrine, sharing the objectives and orientations of the Pontifical Council for Justice and Peace.

Fontana wonders whether the Catholics engaged in politics, as candidates or as electors, are not willing to commit to these "non-negotiable principles"

According to Fontana, these principles "express values of reason and of faith fundamental to build a society respectful of the dignity of the human person" so that "they cannot be the object of negotiation".

But in each electoral period, these principles are questioned because according to some «politics is the art of the possible ».

How to respond to this, Fontana asks. And he replies that there are some issues that 'leave no room for the compromised'. "The right to life, to be conceived and not produced, to be born in a family, are not available rights and are not understood in these cases what the compromise may consist of."

Then he wonders what the "values of others" mean. "´ values that do not respect the fundamental principles of the natural moral law are not values," he says.

First of all, because many issues are not absolute. and secondly, « because to abide by absolute values does not mean wanting to impose them by force ».

On the contrary, « precisely the absolute value of the dignity of the person guarantees a peaceful and respectful dialogue ».

He considers that it is exactly the opposite: "The confrontation arises from the resignation of the absolute values so everything is made possible, even the violence".

If conscientious objection were to cause an exodus of politics, some claim that Catholics would leave the field to others and not have the opportunity to do good or reduce damage.

To this statement, Fontana replies that "it is not lawful to do good through evil and the bad deeds must never be carried out."

Some claim that to pass their religious convictions within the laws and institutions means to be integral.

Fontana replies that «the principles are not negotiable», «They are precepts of the natural moral law, precepts of the Raz & OA, more reinforced if it's by faith. It is not, therefore, fundamentalism to fight peacefully for its safeguard.»

According to Fontana, if it were true the thesis of the impossibility of applying in politics the "non-negotiable principles", then «there would be two absurd consequences for the catholic».

The first would be that «the Magisterium would be mistaken or would be conscious to give only abstract ideal indications, leaving then to the individual conscience of the laity the task of the component».

But, he adds, this is not possible because the Magisterium has never maintained what can be done what is intrinsically wrong.

The second is that the role of the laity in politics would be diminished. «They would be Christians destined by vocation to the component, whereas the laity must ordain to God the temporal things´. Such a weakened vision of the laity would contrast with the catholic theology of the laity ».

In conclusion, Fontana says, "it is up to the laity bent on politics to work to allow the political application of the non-negotiable principles, freeing themselves from the destiny to the compromised."

If there were no «non-negotiable principles», he adds, «the common good is not possible because nothing would prevent the discrimination of man on man ».

"The common good is not the least common evil. Those who intend to impose a democracy of the compromised downward, arguing that any absolute value would be in itself violent, applies the same fundamentalist terrorism that would want to fight, » says Fontana.

Therefore, it indicates, "urge new laypeople and new Catholics, able to dialogue not to limit but to enrich, not to adapt to the existing but to propose ambitious goals, to be found on the life, the family, the freedom of education, the freedom religious and for a fully human life."