Featured
articles
Conceptual key: Brotherhood
Christian doctrine proclaims Universal fraternity among all men, regardless of their religion, race, nation, language, etc., by the common origin in God the Creator Father

There is a double fraternity, human and Christian. 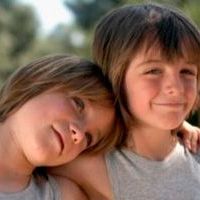 Conceptual key: Brotherhood
Christian doctrine proclaims Universal fraternity among all men, regardless of their religion, race, nation, language, etc., by the common origin in God the Creator Father

Is the ontological relationship existing among those who have a common generation (fraternity/adelphotês) that raises a peculiar relationship of friendship (fraternity/Philadelphia)? There is a double fraternity, human and Christian.

Perceiving the nexus between these two realities, different but not separate, is entirely enlightening to understand the relationship between ecclesiology and → social doctrine, between "nature" and grace, between Church and civil society. Christian doctrine proclaims universal fraternity among all men, regardless of their religion, race, nation, language, etc., by virtue of the common origin in God the Creator Father: the "law of human solidarity and charity, without excluding the rich variety of people, cultures, and peoples, assures us that all men are truly brothers "(CIC 361).

"Thus, those who believe in divine charity give them the certainty that to open all men the ways of love and strive to establish universal fraternity are not useless things. The efforts, conceived to realize universal fraternity, are not futile "(GS 38). All that is done on this earth, given fraternity among men, will manifest itself in the glory of Christ in his coming (GS 39).

Universal fraternity among men constitutes the mission of the laity in the world (AA 14). GS 91 advocates that the faithful and each church "better adjust the world to the superior dignity of man, tend to a more deeply entrenched universal fraternity and, under the impulse of love, with generous and united effort, respond to the urgent demands of our age. " Only a conscience of this fraternity can guarantee true → peace among the nations (GS 78).

But this fraternity, inscribed in the very nature of the human being, is, so to speak, hidden, or rather, obfuscated by sin (and by the structures of sin) existing in the world. Human beings, underestimating the divine fatherhood, do not recognize either the ontological union that unites them and their consciences do not fully perceive the solidarity affection that should sprout. Humanity, today as always, is at a crossroads between fraternity and hatred (GS 9).

Using an evangelical image (cf. Mt 5, 14SS) We say that universal and creature fraternity among men is that "house" that exists but lies in darkness. It takes a superior "light"-divine-for the beauty of the house to appear. This light is precisely the Church: the fraternitas christiana. It consists of a different order and lies, not so much in the natural grace of creation, as in the gift of the spirit of the Son (GS 32); she is born of the free and unheard design of God, to enter into the history of men (AG 3). Such fraternity is nourished by the divine fatherhood revealed by Christ and communicated in his Holy Spirit (UR 7).

The Gospel of the Christian fraternity, therefore, represents, about the human fraternity, the role of ferment (AG 8); it is a beacon, a sign of that which should extend escatológically to all (GS 92; AG 7). "The Church, by the mission that has to enlighten the whole orb with the evangelical message and to bring together in a single spirit all the men of any nation, race or culture, it becomes a sign of the fraternity that allows and consolidates the sincere dialogue" (GS 92). The Christian fraternity is lived in → charity; universal fraternity instead is based on → social solidarity.