Featured
articles
When young people, know the SDC, they wake up!
Why is the Social Doctrine an important issue?

youth group or the school to the Social Doctrine of the Church? Four steps are proposed: 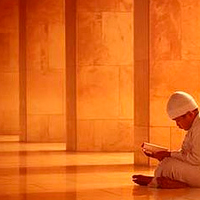 When young people, know the SDC, they wake up!
Why is the Social Doctrine an important issue?


Many times it is generalized to think, suppose or say that young people have problems with faith, that they are not interested in it, that they are apathetic, but is that so? In reality, with what they do have a conflict with (and it is good that they have it, but always from a constructive vision) is with some obsolete forms of teaching-learning based on a continuous repetition of topics that they already know; often, because these are far from their age and time.

Something like an "eternal primary ", instead of bringing them to a mature faith, connected with what goes on in the street. But what can we do to make them interested, awaken and, above all, involved? Take them to the sources, accentuating the synthesis between faith and everyday life which is called Social Doctrine of the Church; an instrument or, rather, a set of teachings that, by touching emerging issues, leads them to discover a meaningful Church.

But isn't it too much to ask them to read the Rerum Novarum of the Populorum Progressio? If we put them in context, they manage to understand and update them. Certainly, it may be hard for them to understand, but in the end, it will end up being interesting, because they'll discover something new that probably, taking into account that they are between 16 and 18 years old, they had never heard. And then the conclusion, perhaps not unanimous but considerable, will be: the Church (of which I am part since the baptism) thinks, is current and has something to say. As long as we do not take this urgent step, we will continue with young people of 17 years old but with the faith of 3 years old who declare themselves atheists not by conviction, but by a hole that is waiting for formation.

Why is SDC important? It is undoubtedly because it applies faith to everyday life. I mean family, profession, work, economics, justice, politics, spirituality, and etcetera. When faith is applicable, prejudices disappear, the burden of something that, far from being a concept, implies a program, a personal and collective itinerary. That is why it is necessary to read, debate and understand that social action is part of the encounter with Jesus, of the experience of knowing that his existence is reasonable and, at the same time, mysterious. In other words, able to be approached--though never exhausted--by reason. It is not a fairy tale, but an experience that has been shared by not a few scientists.

How can we bring young people from the youth group or the school to the Social Doctrine of the Church? Four steps are proposed:

1.    Start with fun facts about the life of the popes, something that reflects them in their most human aspect. It seems banal, but healthy curiosity is not a bad thing.

2.    Approach from some specific concepts both theological and other human sciences and/or subjects.

3.    Give them the possibility of investigating the official documents, reading and debating and then recovering the essential points in fidelity to the Magisterium of the Church.

4.    Carry out some form of Social Service. Here comes the indisputable value of experience, of contact with reality.

For young people to value the Church and to deconstruct the range of prejudices that have come to it, we just have to teach them just as it is. It is not "to sell" an idea of absolute perfection at the institution level but to make them appreciate their existential and structural contribution to justice without ideologies (Marxism, relativism, exacerbated capitalism, etc.). The SDC is a good starting point.