Featured
articles
Knowing the Social Doctrine of the Church. What are its principles?
As believers would you say that the Church has something to say or do about these problems?

The Social Doctrine as a solution to social, political and economic reality of all humanity and thus make an attempt to solve the different problems of this class. 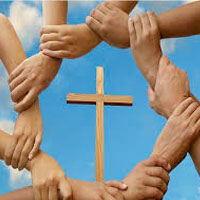 Knowing the Social Doctrine of the Church. What are its principles?
As believers would you say that the Church has something to say or do about these problems?

I am not surprised, although it makes me sad, that almost every time I ask a Catholic person about the Social Doctrine of the Church his immediate response is that he is completely unaware of what this is.

A few years ago, I heard a teacher in a class say the following to his students (me included): "In the world, we find a higher rate of corruption, injustice, poverty, lack of education, lack of good values, etc. You, as believers, would you say that the Church has something to say or do about these problems? Do you think it could fix them? "

The answer was very much discussed. However, the majority of students said that although the Church can think about these kinds of problems, these are not issues that concern it for its separation with the State.

Then the teacher replied: "With that answer, it becomes clear that most Catholic Christians do not know the Social Doctrine of the Church."

Then he continued with a somewhat comical phrase but which made me think quite a bit: "It is said that the Social Doctrine of the Church is one of the greatest treasures we have as Catholics. So great, that we have decided to have it well kept, buried deeply, and now we have even forgotten that we possess it. "

That day I knew I wanted to know more about the SDC. I was very intrigued to know about proposals from the Church in favor of a solution to the problems that afflict our society daily. That's why today I also want to share a little of that valuable information.

What is the SDC (Social Doctrine of the Church)?

The SDC can be defined as the set of principles and values that the Church has rescued and proposed starting from the Gospel, to attend to the social, political and economic reality of all humanity and thus make an attempt to solve the different problems of this class.

Since the nineteenth century in the Church, we have a large number of documents from the Magisterium that tell us about different alternatives to think about our reality, make good decisions and do something to generate a change. One of the most important writings during this century was the encyclical Rerum Novarum, promulgated on May 15, 1891, by Pope Leo XIII. I invite you to read it, because it contains valuable information even for our days.

As I mentioned earlier, the SDC is a treasure so valuable that many leaders in the sociopolitical field who are accustomed to abusing the people, perhaps even agree that the Church does not share it with the faithful, because perhaps they would begin to manifest for the justice that we long for.

But today I tell you that continuing to leave that treasure buried is simply our fault because no one has prevented us to promote it.

And now you know some tiny but important data on the SDC, it would be fantastic that on your own you have the concern to deepen more on the subject and even read all the valuable documents that compose it. For now, I leave you below the general principles by which the SDC is governed and from where they have been taken, so you can take a look and as our Mother Mary meditate and keep in your heart and put them in practice always.

Principles of the Social Doctrine of the Church

1-Principle of the dignity of the human person

As Catholics, of course, many of us feel the need to protect human life at all costs. Nowadays, it is becoming increasingly difficult for us to argue in its favor in such a relativistic and subjectivist society. The SDC defends the dignity of the person and has it as the first basic principle, so it gives us a series of thoughts for us to carry out this protective work in our family, school, workplace, etc.

To begin to meditate this principle you can start from the encyclical letter Rei Socialis of Pope John Paul II. And although it is not properly a social encyclical, I recommend the Humane Vitae of Paul VI.

2-Principle of the common good

As true Christians, we must know how to look at every member of society as a brother. So this principle, which is closely linked to the first, promotes an attitude of justice to seek that we all have the same opportunities to live with dignity in society, for example, in the socio-economic sphere.

3-Principle of the universal destiny of property and private property

God has certainly put the goods of the world at the disposal of all his children; no one should be deprived of the natural resources for the kindness of the Father we have received. So it is not good to abuse them and we must find appropriate ways to administer them.

However, the Church is not against private property, because enjoying the world's natural resources requires an effort that, while some carry out with honesty, dedication, and love, others simply prefer to wait comfortably for their life to be solved by magic.

Thus, this principle is closely related to putting in place distributive justice, and you can find it in numbers 171 to 184 of the Compendium of Social Doctrine of the Church.

It is often difficult for us to put ourselves in someone else's shoes when they have a problem. The practice of this principle of solidarity is vital so that within our community, colony, delegation, parish, etc., we know how to help each other when there is a problem of social or economic character.

Remember that we do not know if tomorrow it will be us who require the help of others. You can also find fundamentals of this principle in the encyclical Solicitudo Rei Socialis.

It is funny that this is always the hardest to pronounce, so practice saying and writing it constantly, it will be very useful. Many times we can find large sectors of the population that deserve the same opportunities as us, but perhaps they have some difficulty in urban infrastructure or lack of resources of any other kind. Sometimes it is very difficult to solve this for ourselves, and this principle motivates us to take care of charitable organizations and mainly of the State, notifying them to give the due subsidy to the social groups that require it. We can also encourage campaigns to help with the solution.

You will find subsidiarity constantly mentioned in the encyclical Rerum Novarum, and you can also read something about it in the encyclical Mater et Magista of John XXIII, in the Constitution Gaudium et Spes, and the Compendium of the SDC.

If the first principle tells us that as human beings we all have the same dignity, consequently we all have the same right to participate in the development of society and to be taken into account. Every day we find people who are discriminated, battered, abused, disrespected, and suffering from different types of violence.

With these actions, we often let some people feel less, and therefore excluded from society. We can all learn from everyone. Nobody's perfect. And people initially excluded from their social groups have given us extraordinary lessons throughout history, demonstrating the great value of their social participation.

You can deepen this principle in the SDC Compendium, and also in the encyclical letters I mentioned for the previous principle.

After sharing with you these general principles of the SDC (they are not the only ones, although the most important ones), it is worth mentioning that all the documents that I mentioned in this small article are at your disposal, completely free, in the Vatican website.

So you no longer have any excuse to go and read them and learn all the tools that our Church offers us to continue to confront the crises of our reality and thus continue to be builders of the Kingdom here on Earth.

I thank you infinitely for taking the time to read this brief writing and it would be great to share the great treasure that the SDC has to offer the world. Blessings!