Featured
articles
Conceptual key: Volunteering
Fr. Rossetti offers a series of fragments of ecclesial messages that deepen the nature of volunteering and sharing 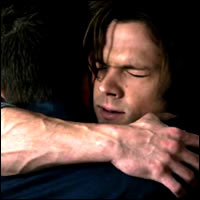 Conceptual key: Volunteering
Fr. Rossetti offers a series of fragments of ecclesial messages that deepen the nature of volunteering and sharing


For the Christian faith, every form of human weakness and suffering can become a privileged place in the presence of Christ. As of the second post-war period, volunteering, that is, the direct effort with the people in difficulty enters in relation with the nascent welfare state systems that institutionalize solidarity between "strangers", mediated through the tax desirousness and politically regulated. Since the 60s, the persistence of the phenomena of poverty imposes the question of a renewed impulse of the volunteerism. This takes on new connotations and stronger motivations.

Thus, now, volunteering is to put in a continuous, spontaneous and free-preferentially associated-part of the own free time and the personal capacities and competencies, at the service of the community, especially of the people weaker. This is expressed through a concrete activity, often creative and anticipating ideas, for a better response to needs with adequate services; it tends to conjugate direct intervention with the sensitization of society and with political action to change the structures that produce discomfort and injustice; it wants to work in collaboration with anyone who moves in tune with his values of solidarity, justice, peace. In its evolution, organized volunteering has assumed different forms and characteristics. In fact, there are organizations in the ecclesial area, canonically recognized by the hierarchy, often promoted by the Caritas or united to them; there is an individual or organized grassroots volunteer that refers to parishes; a formal volunteering of traditional mold persists, which vindicates the secular autonomy, even inspired by Christian principles, while an innovative and more attentive volunteer has been born to the political dimension of human society. In short, and not lastly, programs were carried out to promote the voluntary commitment to share with the poor as a formative itinerary, especially for young people.