Featured
articles
10 Sentences of Young Saints that Show that Holiness is Possible at Any Age
Holiness is not a prerogative only of some: Holiness is a gift that is offered to all, no one is excluded, so it constitutes the distinctive character of every Christian 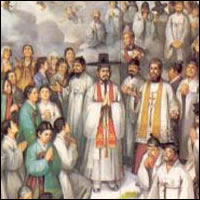