The ten commandments of the environment by Benedict XVI 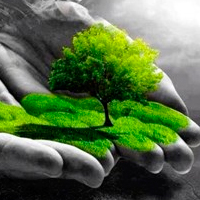 ROMA, Sunday, April 25, 2010 (ZENIT.org). – In the five years since he was elected Pope, Benedict XVI has repeatedly spoken on topics related to ecology. As a result, some have started calling the "Green Pope", but that label does not do justice to their statements.

A useful guide to what the current pontiff has said about creation and our responsibility to it is collected in a book published last year by journalist Woodeene Koenig-Bricker.

The primary message of these commandments is that we must be stewards responsible for the creation of God, and this corresponds to what the pontiff has said later, said Koenig-Bricker.

"Today we all see that man could destroy the foundation of his existence, their land, and therefore, that we can no longer do with our land, with the reality that has been entrusted to us, whatever we want," the Pope said on July 24, answering the questions of the priests of the Italian dioceses of Belluno-Felte and Treviso.

This care of creation is based on a conviction that goes far beyond a simple concern for ecology. Benedict XVI left this clear in answering a question during his summer vacation the following year. In his meeting with the clergy of the Diocese of Bolzano-Bressanone on August 6, 2008, he indicated that there is an "inseparable link" between creation and redemption.

Submit the Earth
“The Redeemer is the Creator, and if we do not proclaim to God in all his greatness, Creator and Redeemer”, we also remove value from Redemption," the Holy Father said after mentioning that, unfortunately, in the last decades the doctrine of creation has almost disappeared from theology.

Benedict XVI observed that Christians have been accused of being responsible for the destruction of creation by the words of Genesis, "subdue the earth."

This accusation is false, he held, since we see the earth as the creation of God: "The task of 'submitting it' was never understood as an order to make it slave, but rather as the task of being custodians of creation and of developing its gifts, of collaborating actively in the work of God, in the evolution he has put in the world, so that the gifts of creation are valued and not trampled and destroyed."

This nexus between the natural and the supernatural, between faith in God and respect for creation has been something that Benedict XVI has returned in the interview with journalists on the plane trip to Sydney, Australia, on July 12, 2008.

"We need the gift of the Earth, the gift of water; we need the Creator. The Creator is made present in his creation. In this way we understand that we cannot be really happy, we cannot promote justice around the world, without a criterion in our ideas, without a God that is fair, and give us light and life," he said.

The Pope mentioned the role of the Redeemer in his homily for the Christmas Eve mass of 2007. Christ, he said, "came to give back to creation, to the cosmos, its beauty, and its dignity: this is what begins with Christmas and makes the angels leap from joy."

Christmas is the feast of the restored creation, the Earth is renewed and we celebrate that heaven and earth, and man and God Unite commented.

Shortly after the publication of the book of Koenig-Bricker came the encyclical of the Pope "Charity in the Truth". In the encyclical are dedicated to the environment some paragraphs and among other points, the pontiff warned against seeing nature from a purely materialistic sense. Human salvation cannot come from one nature, he pointed out.

We have a legitimate administration over nature, said Benedict XVI, which implies the duty to deliver to future generations a land that is in good condition.

This is not just a matter of science or economics, he added, but it is necessary to integrate into a human ecology that includes everything that constitutes our existence.

“The book of nature is one and indivisible, both in terms of life, sexuality, marriage, family, social relations, in a word, integral human development,” the Pope affirmed.

There is a fundamental antinomy in our mentality if, on the one hand, we insist on respect for the natural environment while, on the other, we do not respect the right to life and natural death, Benedict XVI insisted.

The relationship between respect for the environment and respect for life has been a recurrent theme in the pope's declarations on ecology.

“The great moral, vital issues of peace, non-violence, justice, and respect for creation do not confer on themselves dignity to man”, he said to the new ambassador of Ireland to the Holy See on 15 September 2007.

Human life has an innate dignity, he explained. “It is disturbing the fact that often the same social and political groups that, admirably, are more in harmony with the wonder of God's creation, pay little attention to the wonder of life in the womb”, commented the Pope.

At the beginning of that year, in his message for World Day of Peace of 2007, Benedict XVI also united respect for ecology and peace.
“So that, in addition to the ecology of nature, there is an ecology that we can call “human”, which in turn requires a social ecology”, he observed. “The experience shows that any disrespectful attitude to the environment brings harm to human coexistence, and vice versa”, he added.

“An inseparable link between peace and creation and peace among men is becoming more and more seen. One and the other presuppose peace with God”, concluded the Pope.

This relationship between ecology and peace returned as the central theme of the message for World Peace Day of 2010.

The environment is a gift from God to all nations said and neither nature nor human beings can be seen as mere products, affirmed the pontiff. He encouraged greater solidarity among nations in dealing with ecological problems and examining our lifestyle and models of consumption and production.

Once again, he put on guard against pantheism or Neopaganism in which our salvation can only be achieved in the natural world. Benedict XVI stated that the church has strong reservations about an egocentric or biocentric vision of the environment. The danger of these postures is that they see no difference between the human person and the other living creatures.

“In this way, in practice the identity and the superior role of the man is nullified, favoring an egalitarian vision of the "dignity" of all living beings”, he warned.

After the message, Benedict XVI observed that Christians contemplate the cosmos and its wonders in the light of the creative work of the Father and the redeeming work of Christ. Caring for the environment, respect for human values and life, and solidarity between all are thus linked to our faith in God, Creator, and Redeemer.

A complex vision of the natural and the supernatural that goes beyond the idea of being simply green.