Featured
articles
Humanism
Humanists are needed in a dehumanized world.

speak of the existence of a "practical humanism 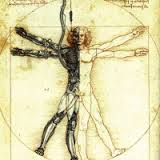 Humanists are needed in a dehumanized world.


The refugee crisis, as well as a large number of people who lose their lives running away from misery, has put on the table the question of how much can Europe continue to speak of the existence of a "practical humanism". It has been echoed by not a few journalists. What is the European sensitivity to the great human dramas that are knocking on our doors? These realities, terrible, that nowadays are especially tangible, that every day pervade our senses. However, although these have long been predictable, no effort has been made to avoid them.

Of this little "human sensibility" also speaks repeatedly the encyclical of Pope Francis "Laudato si". Thus, for example, a) in number 49 says that the excluded are most of the planet, billions of people, b) in number 20 it deals with another inhumane fact, the great pollution, which is causing millions of premature deaths... We are facing a technological development that should be more humane.

Today we also face the breakdown of so many families. If there is little human sensibility, little humanism, where true human love remains, respect for human dignity in every situation, patience, family peace, the same family... Many millions of unborn children, killed by the abominable crime of abortion, say much about it.

The violent attitudes against the human being especially stain the world of the last centuries. The twentieth century was the century of the World Wars. St. John Paul II called it the "century of the martyrs." The 21st century is not immunized against the possibility of a third world war. This September 2015, in Gerona, the prefect of the Congregation of the Causes of the Saints, Cardinal Angelo Amato, has beatified some religious martyrs of the Institute of Religious of Saint Joseph of Gerona. He emphasized that they were true handmaidens of charity. He has also pointed out that, at present, Christians who have been killed annually because of their faith are more than one hundred thousand, "every five minutes a Christian dies because of his faith."

In tune with the humanistic question, it should be noted that for a long time, science careers have a significant deficit of humanistic knowledge. In them, we even forget that love of the wisdom of the Greeks, although they still did not know the equal dignity of every human person. The situation of these studies is also far removed from the anthropocentric humanism of the Renaissance. And, of course, it is even farther from theocentric humanism, which is typical of Christian thought, which has a magnificent exponent in St. Thomas of Aquino. The human being is enlightened in the light of Christ, true God, who is also the man by excellence and the center of history. Christo centrism has driven countless charitable works, such as those of Mother Teresa of Calcutta. The current super valuation of science and technology has enabled the current orientation of scientific studies. Forgetting that nowadays seldom not few sciences pose important ethical problems. Thus, the same technological development,-industrial... poses the ecological problem of the progressive deterioration of the planet, the common house, and the consequent damages for human beings, especially for the weakest and for the poorest. Nowadays the phrase of the philosopher José Ortega y Gasset is more meaningful, according to which converting the studies into something super specialized can become a new primitiveness.

Definitively, the current situation of the world raises, in a new way, the question of humanism, the need for a new orientation of the university studies of sciences and that of a new vision of the reality. This new vision of reality will have to include more important issues than a stacking of mathematical formulas it will have to have eyes for the simple to see in the sunlight the wonder of a life given to the charity like that of Teresa of Calcutta. Moreover, in the light of truth, Christ is heard. And in Christ begins a new day for humanity, the beautiful day of a new humanity, of fulfillment.