Featured
articles
A letter on the unity of Christians
C. S. Lewis is mainly known today for his series The Chronicles of Narnia and the cinematographic productions of three of the books in this series. 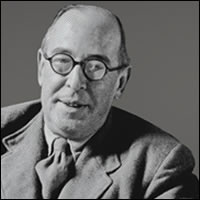 A letter on the unity of Christians

C. S. Lewis is mainly known today for his series The Chronicles of Narnia and the cinematographic productions of three of the books in this series.
By: C.S. LEWIS | Source: http://www.regnumchristi.org/Magazine in-forme No. 48

C. S. Lewis (1898-1963) is highly known today mainly for his series of Chronicles of Narnia and the cinematographic productions of three of the books of this series. On this occasion we want the reader to be surprised: Lewis also wrote in Latin.

The cause of C. S. Lewis writing in Latin was a letter from the now holy Don Giovanni Calabria (1873-1954), founder of the Poor Servants and the Poor Servants of Divine Providence. Don Calabria wrote to him after having read the letters of the devil to his nephew of Lewis (the original title is The Screwtape Letters). After reading it was decided to write him in a language that he believed common to both since neither Lewis knew enough Italian or Calabria enough English.

Since then an epistolary correspondence was established between the two, of which we retained 20 letters of Lewis and 6 of Don Calabria.

I have received in good measure your letter full of charity and benevolence. Be sure that also for me is the cause of pain and matter of prayer this schism in the body of the Lord, which is a very serious scandal for those who initiate and also weakens the faithful in [the task of] alienate the common enemy. I who am secular, is more, very secular, and I am not at all adept at the deepest questions of sacred theology, I have striven to do what I think I can only do; I mean, to put aside the most subtle questions (which are to be treated by the bishops and the sage men) in which I disagree among themselves the Church of Rome and the Protestants, and I have endeavored rather to expose in my books by the things which, by grace of God, after such great sins and errors are still common [both]. And it's not a fruitless job: I see people ignoring the many things we still agree on; so much so that I met a man who believed you denied the Divine Trinity!

In addition to that work, I have always considered that I must behave as fraternally as possible to all who call themselves Christians; if everyone did this boldly, would it not be hoped that the unity of love and works would overtake many years and that a more serious reintegration of doctrines would be encouraged? In third place are (and that is of high value) the prayers.

Oh, the practice of writing in Latin so little frequented for so many years! If I make any mistakes, I ask for comprehension.

Let us pray for each other. I sincerely commend your paternal charity, in our Lord,