The Genius of Christianity continues to be a starting point for the great contributions of Catholicism to the social question. 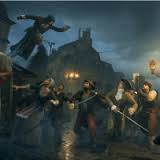 
The Genius of Christianity continues to be a starting point for the great contributions of Catholicism to the social question.


In the early nineteenth century, after the French revolutionary chaos, invoking history, reason, and sentiment, François René de Chateaubriand (1768-1848), wrote in 1802 "THE GENIUS OF CHRISTIANITY", rehabilitating aesthetically the Catholicism that had lost much space during the French revolution.

From 1791 to 1792 Chateaubriand lived in the United States, he returned to France when he learned that King Louis XVI was a prisoner. Injured during the time of the revolution he took refuge in London (1794-1799).

In 1797 he published his first book: "HISTORICAL, POLITICAL AND MORAL ESSAY ON REVOLUTIONS".

In 1801 he published "ATALA", an episode of the work that will appear a year later and another work titled «René». This last is an exotic description of nature, a romantic work. All of his literature is a richness of musical prose.

The book “THE GENIUS OF CHRISTIANITY” highlights the social benefits that Christianity has brought to humanity, being the first to highlight the social work of Christianity.

"Only in Catholicism is the salvation of society and religious truth."

Chateaubriand states that the Catholic religion is a reasoned and reasonable faith, destined to save men and society. His work aroused much interest between laics and religious, he was the first Catholic who publicly exposed clear ideas about social issues of the time.

During his youth the great French writer had followed the postulates of the encyclopedism; but the death, first of his mother, and then of his sister produced in him an internal convulsion and converts to Christianity.


The motor idea or conductor of this voluminous work is part of this premise: the Christian religion is the truth because it is the most beautiful, therefore the French should not feel ashamed of their faith, but they must be proud of their Christian roots; a singular apology in identifying the truth with beauty.

The Genius of Christianity is still a wake-up call about the wide range of aspects in which Christianity is presented as something beautiful in the eyes of someone who looks, tries to rush the reality of what is in front of the eyes and simply, he is amazed.

From the Eucharist to music, from oratory to architecture, the French writer goes on to review the most diverse ways of seeing Christianity and compares it with what, in 1802, he knew of other cultures and other religions. What is striking is that what was most important to Chateaubriand was beauty. But not the beauty of the history of Jesus Christ, which is what Christianity is, but the beauty of what his history has given rise to human creative capacity.

Chateaubriand still occasionally forwards to harmony, which was the classical reference: that harmony was the criterion that gave reason of the aesthetic canon received from the Greeks, but that what defined that canon was the human reason and that, above it, was the divine, which was the one that was translucent in the romantic aesthetic.

That Chateaubriand said all that in 1802 when the churches were still smoking destroyed since the revolutionary outbreak of 1789; the French clergy was decimated; not a few Frenchmen had died violently for having the audacity to confess or to meet for Easter.

“THE GENIUS OF CHRISTIANITY " was made a popular book, which circulated widely in the time of the «CONSULATE». Napoleon in his interest to earn the goodwill of the Pope, to become Emperor, was in charge of divulging this work.

No positive religion in the world has developed this artistic dimension so much.
The author focuses on the social problem, proposing a new order based on the fundamentals of Christianity. Almost all of the previous works dealt only with the religious problem.

The profound changes that were occurring as the results of the Industrial and the French Revolution brought new elements on the social issue. "The precepts of the Gospel make a true citizen."

In 1809 Chateaubriand wrote "THE MARTYRS", which is a celebration of the victory of Christianity over paganism. Many years later he published "THE ADVENTURES OF THE LAST ABENCERRAJE", which deals with a family of the Arab kingdom of Grenadian.

During the empire of Napoleon, Chateaubriand performed a diplomatic career, he took care of the French Embassy in Rome, but resigned when he committed the crime of shooting the Duke of Enghien; then when Charles X governed, Chateaubriand was Ambassador in London (1822) and Minister of Foreign Affairs, abandoning the post when the ruler was launched on the path of despotism.

Federico Ozanam, the most lucid of the nineteenth-century laic, met and personally treated the author of "The Genius of Christianity."

In a conversation he said: « You have taught us that it is not enough to demonstrate the existence of God or the truths of dogma to lure the spirits into Christianity and that to reconcile the modern world with religion it is necessary to prove that it is not only true but also beautiful and civilized. »

Chateaubriand wrote in various magazines, held several public and diplomatic positions, was an adventurer touring various countries and continents, wrote plays, and another important book titled "MEMORY OF AFTERLIFE", but his great contribution to social Catholicism was "THE GENIUS OF CHRISTIANITY", where he combats social and economic inequalities, propitiating evangelical equality as a virtue to overcome all inequalities.

The nineteenth-century dawned with the great work THE GENIUS OF CHRISTIANITY", starting point for the great contributions of Catholicism to the social question; it served as a basis for a process that has deepened over time.

"Do not ask the multitude for virtues that are above nature"

"A time will come, a powerfully free time t, with all the fullness of evangelical equality"

Chateaubriand began the nineteenth century with a valuable contribution of the laics for social Christianity; he inspired many to work in the participation of men of spiritual ideas to develop them in the social world.