Featured
articles
The Degrees of Knowledge
The functions of intelligence are different, essentially by their goal. 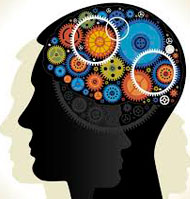 The functions of intelligence are different, essentially by their goal.
The Degrees of Knowledge


For those people who seek a sort of order in thought and intelligence, to substantiate their beliefs, to have a concrete vision of Christian thought, interesting work is: "THE DEGREES OF KNOWLEDGE".

The purpose of SPECULATIVE INTELLIGENCE is to know, to possess the known object; it is contemplation, a truth that is measured, finding its personality.

The PRACTICAL INTELLIGENCE is to direct, orient and order regulate the production of work and the righteousness of action while adopting a normative attitude. Its purpose is the realization.

The functions of intelligence are different, essentially by their goal.

Jacques Maritain was concerned to distinguish speculative knowledge and practical knowledge, in its different degrees, also, he showed that these degrees of the knowledge could be reconciled, which is its rule: TO DISTINGUISH TO UNITE. He analyzed the relationships of the different sciences that study the world of nature.

It is not known by the simple desire to know but to direct, to make work, to act according to the exigencies of human life. Speculative intelligence must be extended to make itself practical, to become the reason. It cannot be directed without knowledge, because the direction is founded on knowledge.

«Directing is founded necessarily in knowledge. To be delivered to the practical order is a process in which the practical character gradually dominates, not reaching its purity but in the end, in contact with the work to be done, with the particular action to be performed. »

The development of intelligence is defined by the ability to discern the value of each environment of knowledge, not to know a lot, but to know and transmit knowledge to others; which is the KNOW-DO.

We must fully master what is known, also what is ignored, the scope or limit of what is known and the environment of reality that encompasses what is known. Knowledge is balanced according to who we are.

We are formed of spirit and matter, through our senses and our body we come into contact with the world, we understand, we explain ourselves by our intelligence, therefore we can DISTINGUISH.

The sensible knowledge of the senses, we perceive it in the concrete things that impact our senses. The images make possible the thought, which is the starting point of intelligence, which is reflected in the perception, imagination, and memory.

Intellectual knowledge is concrete in ideas, judgment, and reasoning.

To know is to have information about important things or intuition of reality; attention to reality, which is the meticulous observation of the object and the primacy of the object with the method, which is to discern between what is, in itself, and what we believe or project.

The sum of intelligence is knowing how to learn, to apply the acquired knowledge and to teach what we know.

«Knowledge of the world of existence, taken precisely as concrete and existent, depends, from the speculative point of view, on the experience and the history, the verifications of facts, the certainties of perception and the memory, as also from conjecture and founded opinion; in short, the work of intelligence, enclosed in the sense.

And from a practical point of view, it depends on art, prudence, knowledge by nature.

Science and knowledge, in the strict sense of the word, does not consider in that world, but the intelligible necessities invested in its reality. »

Human progress in intellectual knowledge is a process that is achieved slowly and depends on a lot of different conditions.

In THE DEGREES OF KNOWLEDGE OR TO DIFFERENTIATE TO UNITE, the author deals with the structures and methods of the sciences and philosophy in its different expressions.

The topics covered are Greatness and Misery of Philosophy, Philosophy, and Experimental Sciences, Critical Realism, Critic Experience (evidence that is imposed on our intelligence), the Practice of Contemplation of St. John of the Cross, All and Nothing. It also contains several attachments.

Jacques Maritain believes that the roots of the personality, the subconscious (nature substance), is closed on itself concerning the existence. That the soul, plus the will, is what produces spirituality and personality, which is a material individuality.

He considers that the main authors of the revolution of modern science are Descartes, Galileo, and Newton.

A subject deeply treated in this work is the mystic.

"To become wisdom and contemplation, the knowledge of the faith will live, necessarily, of grace of inspiration and enlightenment."

Throughout the journey of the work, Maritain strives to seek the truth, granting the men the inspiration and freedom, without doubting the goodwill of the search.

« We can judge ideas, truths or mistakes, good or bad deeds of character, temperament and interior conditions if they appear on the outside.

We cannot, in any way, judge the secret of the hearts, of that inaccessible sector, where day after day, the person weaves his destiny and his ties with God. »