Featured
articles
4 Things you Should Know about the "Next Day" Pill
José López Guzmán, Spanish expert in pharmacy and doctor in bioethics, explains 4 essential aspects that you should know about this substance. 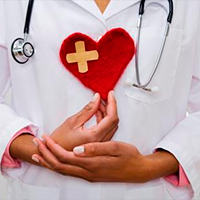 The “Next Day” pill, also known as Emergency Oral Contraception (AOE), is promoted by some as an effective medication to prevent unwanted pregnancies, especially in young people. What's true about this? José López Guzmán, Spanish expert in pharmacy and doctor in bioethics, explains 4 essential aspects that you should know about this substance.

Dr. López Guzmán is part of the International Plan of Bioethics Diploma in biomedical and clinical research of the Catholic University of Santo Toribio de Mogrovejo, which takes place between August 2016 and March 2017 in Peru.

"The next day's pill is a post sex method, that is, used after intercourse, to try not to have a pregnancy", explains Dr. López Guzmán to ACI Prensa. "It's a large concentration of hormones, it's been called a lot of times ' hormonal pump".

With a dose of levonorgestrel, one of the substances marketed as the next-day pill "We give a woman in a dose" what in regular birth control pills is given "for a whole month". "It has 30 times more hormone composition", he said.

In the case of levonorgestrel, its use is prescribed until 72 hours after the sexual act, he said.

Dr. López Guzmán warned that science cannot precisely define the mechanism of the next day's pill, and although five mechanisms have been proposed "there are two that are priority".

The first, he said, is "that prevents ovulation: if there is no ovum even if there is sperm there can be no fertilization." Acting like this would work "as a normal contraceptive."

"The other mechanism is acting on the endometrium for when, if there has been fertilization, that embryo cannot nest, it cannot follow its development".

"What isn’t known is the extent to which each of them acts," he said, but he pointed out that “you can know a few things. First, it's not always anovulatory. That's proven, that's the only thing science can tell us. When you use the pill the next day it is a lie to say that it always prevents ovulation".

"There are situations, moments in the cycle of the woman who cannot prevent ovulation. For example, on day 1 of ovulation: at that time no longer has the capacity to act on ovulation", he explained.

3. Does it have an abortive effect?

By considering that life begins "at the time of fertilization", the use of the next day's pill "is an abortive method," he said.

"At the moment of the sperm's union with the ovum a new life is generated," he said.

"An egg and a sperm are two cells that are on the verge of death if they don’t unite. When they join there begins a vital dynamism that continues, if allowed to follow, until the death of the subject when he is an adult, "explained the expert.

"For in vitro fertilization we do say that we do know all that, but when we are interested, we say that it’s nothing. That's not home", he criticized.

4. What are the dangers for women?

"Taking all that number of hormones certainly has more consequences than taking a 30-fold lower dose", he said.

The Spanish expert noted that in the technical data sheets of the government agencies that analyze the pill the following day, it is necessary that the substance "is for a single shot."

"What we don't know is what happens when you take a week, the next week, etcetera", he warned.

Dr. López Guzmán also indicated that when the next-day pill is introduced into countries ' health policies, "it replaces other conventional contraceptive methods."

"It's easier for a girl to say: the day I have a sexual relationship I take the pill, instead of being with other precautions. And they end up taking it every week, or twice a week. That’s an obvious health risk".

In addition, he noted, there are "statistical evidences that when introducing pill policies, it increases abortion rates in countries where abortion is allowed and above all there is a spike in adolescents".

"It’s not a good measure to avoid unwanted pregnancies", he concluded.