Featured
articles
The beauty of the crucified, according to Dostoevsky
Reflections on "The Idiot" and a painting by Holbein

How could the apostles believe that the divestment would be resurrected? The truth is that, except for John who remained at the foot of the cross, none of them saw Jesus dead. 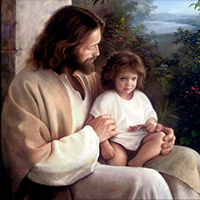 Reflections on "The Idiot" and a painting by Holbein
The beauty of the crucified, according to Dostoevsky

How could the apostles believe that the divestment would be resurrected? The truth is that, except for John who remained at the foot of the cross, none of them saw Jesus dead.
By: Antonio R. Rubio | Source: Analysis and Actuality N. 11-12

The novel The Idiot is one of the most autobiographical of Fiodor Dostoevsky. Its protagonist, Prince Lev Mishkin, is tremendously kind, with an awakening intelligence and the simplicity of a child, and like the writer, suffers epilepsy. He is characterized by his continued pursuit of love, but he has the problem of not knowing how to distinguish from the compassion that often pervades him. To Mishkin compassion is not reduced to mere sentiment but rather part of the conviction that human beings have the absolute need to be saved by Christianity. However, neither the fragile and insensible world of the Russian aristocracy of the late nineteenth century nor the utopian world of revolutionary aspirants to build a religion and paradise on Earth accept this kind of salvation.

Mishkin and Dostoevsky agree that there is no other beauty that can save the world than that of Jesus Christ. However, Parfion Rogochin, another character in the novel, does not seem very convinced. It is enough to show a reproduction, present in the walls of his house, of a dead Christ, painted by Hans Holbein in 1521 and located in the Museum of Basel. Rogochin points out that painting does not invite you to meditate on the efficacy of Christ's sacrifice. On the contrary, it might be appropriate to come to the daunting conclusion that such man, disfigured by the torments, could not have come back to life.

In any case, Holbein's Christ results an annoying image. In fact, Mishkin fails to count, in the first pages of the work, the restless impression that contemplating the image in Basel he produced to him. His relative Elisabeta Prokofievna and his three daughters are limited to asking him to tell it at another time, even if Mishkin has not even mentioned the title of the painting. We will have to wait almost at the end of the novel for Dostoevsky to describe it poignantly. He assures us that in that Christ deposited in the sepulcher there is nothing supernatural. It is a corpse that suffered in life the most horrible tortures. But it also conforms to the description of the Servant of Yahweh (is 53.2), lacking in beauty and appearance to attract the looks. In this sense, the painter Holbein does not seem to show any kind of piety or reverence. Here there is only one corpse waiting, like so many others, for decay. That is why this terrible question arises in The Idiot: how could the apostles believe that the divestment would be resurrected? The truth is that, except for John who remained at the foot of the cross, none of them saw Jesus dead.

Of course, the painter did not endorse this iconography in which the Crucified has divine and majestic traits, which almost lead us to think that his Passion is something secondary, a forced process for the glory of the Resurrection. It is quite possible that Dostoevsky was impressed with Holbein's painting because he was accustomed to the risen Orthodox religion in a place so prominent that it can lead some to forget their redemptive sufferings. We are facing the opposite pole of those manifestations of Catholicism in which the drama of Passion runs the risk of leaving the joy of the Resurrection in the background. Dostoevsky must have been really impressed because he was used to a Christ with golden backgrounds and a hieratic face, and not to a savior who had suffered in his flesh all the pains imaginable for the love of men. The beauty of the Crucified is nothing other than the beauty of a Love, often hidden for human eyes.

Otherwise, Holbein's Christ will never be a conclusive proof that the laws of nature are more powerful than God himself, reduced to the slave of his creation. If so, it would not be said of the Servant of Yahweh who will inherit a great crowd (is 53, 11), and having it is a sample that his sacrifice has not ended in the sepulcher. Surely the crucified Christ, dead and buried, served as a reminder to Dostoevsky, and to his character Mishkin, that the Resurrection is not a manifestation of power and glory, disconnected from a God made flesh. The first person to understand it was Mary, who shared the sufferings of her Son, while still believing in the promise of a Messiah whose reign would not end (Lk 1, 33).