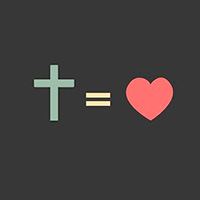 Summit and glory of the Classical culture are the lofty ideals of his Humanism: "Many things are prodigious, but none as portentous as man" (Sophocles, Antigone, v. 332), and the Classic man has attained his greatness when he has touched with his head the sublime vertex of the divine (Horatius, Carmina I, 1, v. 36: Sublime ferias side vertex).
What the Classical man desired with jubilation and melancholy, what he craved with the mind and with the spirit, what he sought in art, in wisdom, in love; all that which for the ancient man was an impulse and a projection of his being, the Christian humanism finds it, carries it out and embraces it. The desire of the absolute and the union with the divine of the ancient thinkers and poets, becomes real in the Christian man, «indeed we are also of his lineage» (Arato, Phenomena 5, in Hch17, 28)
The Christian literature, which persists over time and space, has also had its Classical period and, if it is defined, its "golden age" matches with the time of the Classical languages. As for the form, in nothing is inferior to the antique Classicism; as for the content and the reality it represents, it surpasses it infinitely. In the matter of transcendence, then, who is there between the Greeks or among the Romans who draws it, who describes it in a more sublime and perfect way than Plotinus?

Indeed, in chapter VI of the first book of the Enneads, the philosopher Alexander leads the reader, through the material beauties, to the invisible summit of divine beauty, while in the fifth book he speaks of the Logos.

It is here when a certain young man of restless heart, of Christian cradle and whose faith he had drunk with the breast milk (cf. Conf. III, 4, 8), tired of erring by various materialistic sects, at last, begin to raise the gaze of his soul toward the invisible. Such was Augustine of Hippo. To overcome the materialism of the Manickel cult and transcend the sensible, Augustine found the writing of the Neoplatonism, as he narrates: «You sought me, using a swollen man with enormous arrogance, certain books of the platonic, translated from Greek to Latin. And in them I read — not certainly with these words, but substantially the same, supported by many and various reasons — that in the beginning there was the word, and the word was in God, and God was the word "(Conf. VII, 9, 13). It was the spring of 386 A.D. possibly, this “swollen man with enormous arrogance" must be identified as Manlio Teodoro, consul in 399, which Augustine had known during his stay in Milan and whom he had praised as a great Christian intellectual in the prologue to his dialogue of Beata Vita. However, the reading of the platonic went to Augustine insufficient to transcend, although his soul was already prepared and ready were the rises in his heart (cf. Sal. 83, 6), which would accompany him all life.

For the meeting to take place and for the man to rise from material things to the most sublime, God himself needed to help himself (cf. Sal. 29, 11), as he tells us: «the humility of our Lord God, which descended to our arrogance “(Conf. I, 9, 17). The greatness of Christian humanism consists precisely in that, what the Greek philosophers did not achieve and what the ancients greeted from afar (cf. Heb. 11, 13), in the Christian was carried out more excellently than envisaged by the pen of such writers and poets.

The Christian man transcends because God descended to the intimacy of man to elevate him, and Augustine expresses it using this eloquent and vigorous antithesis by which the humility, which is high, low to the arrogance that is down. Therefore, the transcendence of the Christian man is not given through ascetic practices or moral precepts, but it is an exchange of being: the eternal appears in time for the temporal man to enter into eternity; the infinite fill the finite to elevate it; the transcendent is made immanent to man so that the man transcends everything created. It is not a moral or ascetic effort, but it is God who divinizes the man: "You hold all things, for those who you fill them full containing them" (Conf., I, 3, 3).

The man then transformed contains everything he needs for his happiness. «Omnia Mecum Porto me», said Bías of Priene (Cicero, Paradoxa stoicorum I, 8) and, indeed, man is capable of transcendence because the infinite became immanent to a man to divinize him. In this way, Augustine develops a whole doctrine of interiority: "Omni luce clarion, sed Omni Inner secret; Omni honore sublimation, sed nonsublimibus in se» (Conf. IX, 1). Therefore, the main endeavor must be to seek such a place of refuge: "I walked through darkness and slides and sought you out of me, and I did not find you, oh God of my heart! I ended up in the depths of the sea and distrusted and despaired to find the truth" (Conf. VI, 1). He who seeks to transcend, already has a seed of transcendence in his interior: «And where was I when I was looking for you? You were certainly in front of me, but I had turned away from myself and I couldn’t find myself. How much less could I find you? “Conf. V, 2, 2).

The experience of being in one's interior and going beyond oneself leads to the encounter of love. Only love takes the man out of himself and makes him transcend him. It is the experience of Plato's Eros that leads to ecstasy in the Greek sense of the word: to be out of it. The senses of the body are lost, or rather, the love is tasted with a different senses of those of the body: «I love a kind of light, of voice, and fragrance and nourishment and caress, when I love my God, that is light, voice, fragrance, food and caress of my inner man, where it shines to my soul what space does not contain; it resounds what does not take away with time; it exhales its perfumes which does not take the wind; savor what is not consumed by eating, and where the union is so firm that it does not dissolve the weariness. This is what I love when I love my God ' (Conf. X, 6, 8). Thus, it is clear that man is a being-for-transcendence, but now, we must ask ourselves, transcending to what extent? When can I leave the search and rest?

This is the great paradox of man: on one hand, his desire for infinite love pushes him to love infinitely, but on the other, his limitation does not allow him to encompass all the infinite. It is here that the role of the ark of thesaurus memory comes into play: «What do I love, then, when I love my God? And who is he but the one above the head of my soul? By my very soul, I will rise, then, to Him. I will transcend this energy (Vis) of mine by which I am attached to the body and fill its organism of life, for I cannot find in it my God [...]. And I enter the fields and the wide palaces of memory, where the treasures of innumerable images of all kinds of things carried by the senses are hidden (Conf. X, 7, 12. 8, 13).
It is the eros that the Christian man received and was poured into his heart that makes him come out of himself and transcend into the divine. For Augustine, one cannot love, because we are made by love and human existence moves towards where his love drags him: Love meus, pondus meum (cf. Conf. XIII, 9, 10).
The misery of man is not refusing to love – what is not given anywhere – but to love badly, to love in a disordered way.

According to Augustine, the true love that takes us out of ourselves has an order that is in itself also kind. The ordo amoris plays a fundamental role in the writings of the Hiponense, "because less loves you who loves something with you and does not love him for you" (Conf. X, 29, 40). The Christian eros brought to the world such newness of life in the order of love about to lead humanity to its most sublime summit: «who shall I speak and how will I speak of the weight of the concupiscence which drags us into the abrupt abyss, and of the elevation of charity by your spirit, which hovered over the waters? Who will I talk to and how do I talk? Because this is not a place where we are immersed or emerged. What is the most similar and unlike thing at the same time? It's about affection, it's about love. On one side, the filth of our spirit running at the very least for the love of toil; and on the other, your holiness raising us to the highest for the sake of security, that we may have our hearts up to you, where your spirit is hovering over the waters, and thus we shall avenge the over eminent rest» (Conf. XIII, 7, 8). The man wants to transcend, for he is heavy and fastidious to himself. He feels that, on his own, he tends to the abyss and the lowest, even if he desires the heights of heaven.

The man, every man, wants to transcend, but few want to order their love. That is why goodwill is important. Who does it, experiences immediately what Augustine says: «The less ordered things are restless: they are ordered and rest. My weight is my love; it takes me wherever I am taken. Your gift turns us on and by it, we are led upward: we are enflamed and walk; we climb the ascensions arranged in our hearts and sing the song of the stands or rises. With your fire, yes; with your holy fire, we are enflamed and walked, because we walked up, towards the peace of Jerusalem, because I have delighted myself with the things that those said to me: We will go to the house of the Lord. There they will place us in goodwill so that we do not want anything else but to remain eternally there » (Conf. XIII, 9, 10).