"There is a disturbing guest who is touring Europe, it is the nihilism" 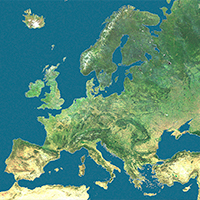 Remarks by the President of the Italian Episcopal Conference
Nihilism, disturbing guest of Europe

There is a disturbing guest who is touring Europe, is the nihilism that confuses thoughts and erases perspectives and horizons

"There is a disturbing guest who is touring Europe, it is the nihilism" that "confuses thoughts while erasing perspectives and horizons", while in "the basis of the true reform of the Church is personal conversion".

With these words, Cardinal Angel Bagnasco, Archbishop of Genoa and President of the Italian Episcopal Conference, recalled yesterday at the Pontifical Salesian University in Rome various problems related to the university education of young people.

He stated that "one should not ask so much what I can do for young people, but how are we adults? Because we are reference points, teachers of life, be it with the words or with the testimony of work. "

In other words, he asked to "put into discussion, control the way of being." He also recalled "the educational challenge and how education is part of the mission of the Church."

The archbishop of Genoa wanted to recall in this Salesian center that "the Church's attitude to the world is sympathy, and you could see the mystery of the Incarnation as God's sympathy for humanity hurt by sin."

"It is the passion for Christ that leads believers to be passionate about humanity" and here is "our basic principle to serve the world." But if this motivation weakens and the difficulties weigh, "the motivation to be the salt and light of the history" would be lost.

For this, said the cardinal, "the Holy Father never gets tired, and exhorts us not to remove our gaze from the face of Christ."

In this university, Bagnasco recalled that the subject of education is passionate to all, although today assumes more arduous characteristics, to the point that the Pope speaks of an "educational emergency" in which "we run the risk of transforming ourselves as the ancient pagans: men without God, "as the Apostle Paul wrote to the Christians of Ephesus."

But the deepest difficulty in favor of true educational work is, in his view, because "at the root of the crisis of education there is mistrust in life."

While there is another factor, said the archbishop of Genoa, because the crisis of education "part of starvation of reason" to the point that "there is an unsettling guest who is touring Europe, is nihilism" which erases perspectives and horizons".

"On what is nihilism Nietzsche answers us: That the supreme values lose value," he added.

In front of a crowded audience, the President of the Italian Episcopal Conference indicated that "on this position without defenses, the most diverse, economic, commercial and ideological interests are concentrated in the crossfire."

"The inner result is an emotion that about past times is much more invasive and uncontrolled, which corresponds to a much more modest space of reflection, to crystallize the non-distinction between intelligence and impressionability."

Cardinal Bagnasco quoted Maritain, and recalled that "young people expect more: their heart does not invoke evil in life, on the contrary, it looks and aspires beyond with the innate hope that the adventure of life will be promising and full of sunshine, rich of meanings, worthy of being lived leaving something better and bigger. "

Retaking the words of Benedict XVI on his journey to England, the Cardinal recalled that the scientific disciplines "cannot satisfy the deepest desires of the human heart, nor fully explain our origin and our destiny, why do we exist, nor can we give an exhaustive answer to the question: why there is something, and not anything?”

In this situation he said "in the education sector," said Benedict XVI — the Church has much to do on the subject of training" and as "the problem of educational emergencies is common throughout the West: here the Church has to update, concretize, open for the future its great inheritance. "

And he recalled that "every father in front of his son and every educator in front of the young man have to ask themselves not what I can do for him, but who am I."

At this point, the cardinal presented five points for the education of young people: educate them to ask questions; to the truth; to reason, to the human and to the rational faith. "

Cardinal Bagnasco added that "the question of so-called non-negotiable values, with all that it carries, demarcates this line of boundary, this threshold beyond which man is lost and society becomes inhuman. Not being fully aware of what is at stake, and not being with the reason of confirmed and enlightened reason for faith would mean a serious sin of omission towards God and man. "

And as "the well-known expression – the culture of life and culture of death – is not a literary expression used by the Magisterium for its suggestive force, but it lucidly describes the reality we live in: it is about the future of man. To dimension or silence, not to take in hand, with the decision and great effort the question, would be to miss the quotation to which the Lord calls us. "

Answering some questions from the professors of the University, Bagnasco recalled that "the center of the problem to which the Holy Father calls us constantly, is that the basis of the reform of the Church is the personal conversion".