Is the lirfe of Federico Ozanam 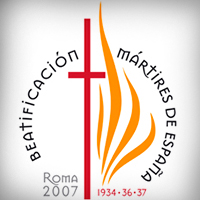 From his early years, he realized that it was necessary to be coherent in the application of common sense and the practice of Christianity.

In November 1831, the young Ozanam moved to Paris to study at the faculty of Law at the University of the Sorbonne, where he was fortunate to be a tutor and counselor to the scientist ANDRE MARIA AMPERE (1775-1836), physicist, discoverer of the formulas of the quantitative relationships of the magnetic and electrical magnitudes, which is known by its name: «AMMETER». He was the inventor of the first electric telegraph and author of the theory of Electromagnetism.

This helped the formation of Ozanam, knowing the reality of the society in which he lived, the state of misery in which most of the French society developed.

From his first years of student life, Federico Ozanam understood that it was necessary to be coherent in the application of common sense and practice of Christianity, as well as to link religion with freedom.

One of the first people he admired was Father HENRI LACORDAIRE (1802-1861). Ozanam went to Stanislas School to listen to his interesting lectures. From him, he learned to dispense with material things, but never to lose faith and virtue.

In 1833, with a group of young Christians, he founded THE CONFERENCES OF SAINT VINCENT de PAUL, an association whose members unified the practical faith with works of charity. "ALWAYS LOOK FORWARD"

On June 10, 1836, his tutor André Maria Ampére died, in Marseille. Ozanam, for whom Ampére was a second father, expressed these stoning words.

"Beautiful was to see closely the work that Christianity had done in that great soul: that simplicity, modesty of the genius who knows everything and just ignores how much it is worth, that his affable and communicative charity, and his benevolence that knew to overtake all, and all to receive in his arms. »

Federico Ozanam married on June 23, 1841, with María Soulacroix. After spending several months in his hometown they were installed again in Paris, he became a professor at the Sorbonne and was in charge of the rhetoric classes at the Stanislas School.

Since his start as a professor at the Sorbonne he had a very select audience, not only benefited from his class students, also other people interested in listening to his exhibitions, including Ernest Renan (1823-1892), who then became a writer, philologist, and historian. Renan wrote works such as "Life of Jesus", "Origins of Christianity," "The Apostles and the Antichrist ". About the time treated Ozanam said: «I never leave the classes of Ozanam without feeling more resolved in the big, more courageous and more willing to conquer the future. »

Another who admired the classes of Ozanam was Alphonse de Lamartine (1790 — 1869), who stood out as a poet and writer, represented the romanticism, he wrote: « Wrapped the word of Ozanam an atmosphere of tenderness towards men, a balsamic air as coming from the paradise. In each of his breathing movements seemed to snatch our hearts, giving us his»

In 1846 he was recognized as the "Knight of the Legion of Honor". By that time the conference of St. Vincent de Paul reached the 9,000 members, organized in various regions of France, and other countries.

It was reconsidered that not only charity was necessary but that institutionalism was urgent, accompanied by a new factor: Democracy. "I have believed and still believe in the possibility of CHRISTIAN DEMOCRACY; moreover, I do not believe in anything else, in the case of politics. »

This new stage of Ozanam was to promote the action of social Christianity; he wanted to discover the people, not only from a university class but in its true reality. "Let’s go to that democracy, to the people who don't know us.

Let´s pursue it. Let´s help, not only with the alms that binds man but also with our efforts to achieve institutions that, by becoming independent, make them better...»

Father Lacordaire shared and supported those criteria, had a vision of the future and considered that there was the reason for social Christianity.

The rights posed by Ozanam were at three levels:

1.    The participation of the people in the public administration.

2.    Guarantees for the future, fight against UNEMPLOYMENT.

3.    Security against misery, Protection of the dispossessed.

To achieve these demands, it was necessary to institutionalize themselves with the slogan of "TRUTH AND MORALITY."

For those years the conferences of Saint Vincent de Paul arrived at 363, they also had 17 in England, 16 in Holland and 11 in Canada. These conferences were being deployed by all civilized countries.

Ozanam wanted that political change that represented those who have nothing against those who had too much, poverty against opulence, was a revolution in the social issue.

In 1848 the newspaper "THE NEW AGE" was founded, among the founders were Father Lacordaire, Montelambert, Menais and Ozanam in one of its first numbers Ozanam posed:

"The recent revolution was against the corruption of a relaxed society that no longer even dared to detest evil. And that revolution can only end up with the emergence of a better society, a society that has grown in work, deprivation and everything that contributes to reaffirming consciousness and forming character.

That society is poor, it is laborious. It lacks just being chaste to possess all those qualities that make strong nations. It requires being safeguarded by harsh laws and growing among manly customs, so that she may thus attain the promises of Providence. »

Amid the revolution the city of Paris was in a disastrous state; dead, wounded everywhere. In this situation, the distribution of medicines and food at home was entrusted to the "Vincentians" (as they called the members of the Conferences of Saint Vincent de Paul), they were in charge of distributing the reliefs of the State among the insurrectionists, to serve as mediators, and they cured the wounded and helped the unemployed.

Months later there was an epidemic of cholera, again the "Vincentians", where those in charge of attending and helping the victims. "ALWAYS LOOK FORWARD"

Ozanam continued to write in the newspaper “THE NEW AGE ", along with Father Lacordaire and Montelambert. He discovered the misery suffered by 267,000 workers who were left without work, in Paris, as a result of the insurrection of 48, which he attributed to moral causes.

"What I have learned in history gives me the right to believe that democracy is the natural term of political progress and that God leads the world towards it."

"THE NEW AGE" newspaper was closed on April 9, 1849. Ozanam dedicated himself to writing, for a short time he did it in "The Universe", where he began his work on "THE FRANCISCAN POETS" highlighting San Buenaventura, the Pacific Brother, Jacobin de Verano, and the major poet Jacapone de Todi. In addition to the works of the conferences of St. Vincent de Paul, Ozanam began a course on Christian Civilization.

On April 23, 1853, he turned 40 years old, he was too sick, he returned to Italy, life goes by in rest and prayers, he tried to return to Paris, but can only reach Marseilles, where he died on September 8, 1853. His remains rest in Paris under the inscription:

"WHY DO YOU SEEK AMONG THE DEAD WHO IS ALIVE?"

Among his most important literary works are: "Two chancellors of England." "The Goods of the Church", "The German before Christianity", "Christianity before the Franks.", "The Holy Roman Empire", "History of Civilization by Christianity", "Civilization in Time of the Barbarians.", "The Popular Life of San Eloy (Patron of Metallurgical Workers) ", " The Book of the Sick", "A Pilgrimage to the Country of CID". (Posthumous work). About his trip to Spain.

Ozanam, with only 40 years of life, can be considered as the leader of the youth, to whom he dedicated his whole life, in his services and studies.

On March 15, 1925, The Society of Saint Vincent de Paul submitted to the Vatican the beatification of Federico Ozanam.

On August 22, 1997, two days before the mass in Paris, where more than one million people gathered, the Pope John Paul II, BEATIFIED FEDERICO OZANAM in the Cathedral of NOTRE-DAME, as the most lucid laic, example of the youth.