Featured
articles
The West grows old and becoming lonely; what to do?
Does Christian Western culture have any response? 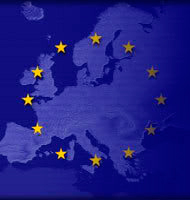 Does Christian Western culture have any response?

The West grows old and becoming lonely; what to do?

With the death of God, the West believed to have begun the stage of their dreams. Everything seemed so idyllic…

With the death of God, the West believed to have begun the stage of their dreams. Everything seemed so idyllic... at last, the man had attained his fullness, he could do whatever he wanted without having to account to anyone and be happy in a welfare society created to his measure. In a few generations, there was such a turnaround in what was fundamental in the lives of men and women, in the administration and the management of people was forgotten and what is sadder, it began to be a cause for shame. Thus while the Catholics of Europe and especially in Spain, were hiding in the closet, other expressions so-called "freedom" came out of it.

The European project was born under the sign of optimism, thought that it would be so attractive to the rest of the world that it would end up welcoming it with open arms; but it was not so and here is the religious response on the part of Islamism was quite different from the one given here at home by Christians and Catholics, who at all times were contemporized, submissive and silent. The Islamic world from the first moment made it very clear that it did not renounce the welfare society reached in the West and that it was willing to share this part of its project by providing the necessary petrodollars; but a secularized society and a political regime in the margin of God and his mandates, would not be accepted; that is how the mess started.

The third millennium opened with bad auguries. The jihadist network Al Qaeda perpetrated the horrendous attack of the twin towers, which was the detonator of an escalade of violence, leading to a subsequent military intervention by the United States, with the support of other European powers, first in Afghanistan, then in Iraq and later in Libya. The fact is that far from solving the crisis, the problem has been exacerbated and the terrorist attacks have been happening without truce. This time it was the turn of the peaceful pedestrians of the Ramblas of Barcelona and tomorrow no one knows where the scene of terror will be located.

After having bothered the hive, now nobody knows how to appease it. Terrorism worries a West that, by all means, tries to free itself from it, by applying preventive measures, intensifying police surveillance, hardening laws, and putting into practice strong answers; but I am afraid that this will not stop those who are determined to die by killing. We will have to ask ourselves why is this happening, where is the origin, what are the causes, and when we know it, only then, will we know what remedies can be the most effective to eradicate this cancer.

In any case, it would be miserable and unfair that the promoters of atheist and unbelieving Europe distorting the meaning of what is going on, take foot to say that killings are made in the name of God, that he is invoked to sow terror and that this would be an argument to make the religion disappear from the face of the Earth. It is not the first time that situations like this have been used to launch the message that true peace and tolerance between the persons and the people can only be achieved in a purely laic context, or that atheism is synonymous with liberation and progress.

We're going to be serious. That a group of heartless people uses the name of God at the time of perpetrating an attack does not mean that God is with them, or that they are supported by the religion they say they belong to. We are talking about a radically fanatical marginalized group, who only represent themselves, without confounding jihadism with Islamism as neither, right now, can be put in the same sack West and Christianity.

To understand us, we could say that Al Qaeda is no more than an uncomfortable hive, capable of disturbing the placid dreams of Europeans and Americans, but with little chance of being able to dispute the West's cultural hegemony in the world. The danger that this can happen comes from other emerging cultures, especially from the Muslim constellation of “suníes” and “chiíes”, which is spreading at a vertiginous rhythm, while in the West because of abortion, the family disintegration, the homosexual practices, and the gender ideology, the population has decreased ostensibly until reaching a negative demographic growth rate (1, 4 approximately) in the Muslim world such index is very high, standing in an 8.1. If we add to this the phenomenon of immigration and the fact that the average age is much lower in the Muslim population than in Europe, we can conclude that the 50 million Muslims existing on European soil in the year 2006 could be converting in 100 million in the year 2050. This means that if these forecasts are met, Europe would become peacefully invaded by Muslims, without the need to use weapons and without any need for violence.

It is not only this but also the loss of values, dehumanization and spiritual voiding suffered by Europe after being orphaned of God. The gnoseological relativism has led us to question the truth and ethical relativism as well; we have run out of references and objective criteria at the expense of only the capricious human will, which has led us to believe that everything is equally valid. The existentialist nihilism has come to empty our lives from deep sense, has stripped us of the last aims, snatching us also all transcendent hope. The concept and dignity of the person have been reduced to mere abstract metaphysical concepts, difficult to translate into real life. Faced with this bleak panorama, one cannot but remember Oswald Spengler's premonitions and say with infinite sadness that the end of European culture may be forthcoming.

Even on the cusp of material prosperity, the signs of aging and decay in the West are becoming evident. The economic systems of rancid lineage, called to provide a high standard of living and make us forget the rich legacy of Christian Humanism, may have reached healthy macro-economies, but what they have not achieved is to save ourselves from the voraciousness of consumerism and dehumanizing materialism. Those two generations who grew up in the shadow of the American dream show signs of fatigue and today even this purely materialistic dream exists for the vast majority.

The non-believing and valueless Europe is running out of credits and sees how the spirit's flame extinguishes. The science, which in its day was presented as a substitute for religion, is not going to be able to save it. Slowly but inexorably its hegemony in the world goes eclipsing. The cultural, philosophical, religious and even political and economic dominance is becoming more and more things of the past. In the pulse that the West is predictably going to have to maintain with other cultures, as can be the Islamist, with what baggage is it going to be presented? What will be its strength in the dialectic showdown, which sooner or later will be faced?

The greatness of spirit, together with the elevated ideals, is essential for the continuity in the life of the societies, what are those of the West? And especially those who were born with the table set and were children of abundance, would they be willing to fight and even die for them?

As things stand and taking into account the danger of a peaceful invasion of Europe by Muslims, I can only think of two emergency exits to the current situation. One would be to try to integrate the Muslim population settled on our soil, so that the current Western culture would not be compromised; but it happens however that the difficulties for this to occur are enormous, almost impossible to save, because it is torn off from different, almost constrained worldviews, without there being a shared responsibility between the Islamic world and the secularized West, both in the anthropological and religious fields; nor in the political, especially with regard to the system by which the societies are to be governed. In this sense, the theocratic system of Islamism clashes frontally with the democratic system of the West. It is almost impossible for a Muslim believer to accept that Parliament can legislate something that goes against what is prescribed in the Quran. A believer will never be able to accept that the legitimacy of something is marked by the majority decision of Parliament and not by the will of Allah. A believer could never accept that the political plane is above the religious plane or that it does not have relevance in public life. A believer could never accept that the truth and the good would be denied the absolute and universal value and of course he could never accept that secularism and insecurity would displace religiosity and transcendence in ordinary people's lives. Anyway, the list could be endless; so the unconditional incorporation of Muslims into the secularized project of the West would be a little less than unthinkable. Even in those black spots of the Muslim culture that are asking for an urgent review, such as the marginal situation of women, neither the response of the West is satisfactory, because if it is true that the female marginality must be ended, the same Muslim women would be the first to refuse to pay such a high price as having to accept gender ideology.

The other most effective and feasible solution would be in the dechristianization of the West. It is necessary to revive the flame of the spirit and to imbue the peoples and nations of Europe of Christian sap, its institutions, society, families and their residents. The West is not yet dead; it can still recover and return to the grandeur and splendor of other times, back to focus light in the middle of the night. We are in a similar situation as those first Christians and if they were able to solve it, why wouldn’t we... In all the continents of the world, Christianity is experiencing a boom. Nations like China, Russia, Japan, India, Burkina-Faso, Singapore, Vietnam, Bangladesh, South Korea, etc., are turning their gaze to Christ; so why not think that this could happen in the same place that served as the cradle of nascent Christianity? Europe must forget the prejudices of atheistic materialism and think that faith in Christ will make him happier, freer, more human, more hopeful, more righteous, even more prosperous, and when it feels possessed of this gift, could be launched, so, to the conquest of all the worlds with the assurance that with the invincible force of the Spirit no one will be able to resist.