Fundamental virtue for those who work in the common good 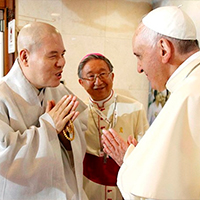 Fundamental virtue for those who work in the common good

During World War II, in Europe, Mr. Hitler, speaking of then Pope Pius XII and his influence, asked his generals: "Where are the divisions of the Pope?" Of course the Bishop of Rome had no army, but he had something different: MORAL AUTHORITY.

The moral authority is the one that distinguishes a person with the power of command of a leader. The first is obeyed by necessity, the second by conviction.

Moral authority is not in the law; there we will only find the legal, formal authority. But in the world and in politics specially, moral authority is very important, because having it or not reveals the true scale of values, the moral integrity of the person, i.e. the congruence between saying and acting.

In the world there are politicians who have been pressured to give up their positions by demonstrating, for some or some reasons, their lack of moral authority. Renouncing because their lack of congruence is exposed, the lack of respect for human dignity and/or laws, lying, deceit or corruption; it has and must continue to happen.

Thus, moral authority is won by the being, thinking and acting of a person; it is not implicit with a public (or private) office. When someone in political life is recognized as moral authority, it is usually because he has had it in his private and professional life, or he earns it to pulse.

Recognizing a person's moral authority equals to trusting in his moral congruence, in his honesty, and as all confidence, it is difficult to win, very easy to lose (just or unjustly) and very difficult to recover.

The antithesis of moral authority in politics is the so-called "public bad fame!"

Who does not have or lose the respect of the citizens, should not, politically speaking, hold a position in which this moral authority, for its work to be credible, is absolutely necessary.