Featured
articles
Science and faith, are they compatible?
A historical tour of famous Catholic scientists. 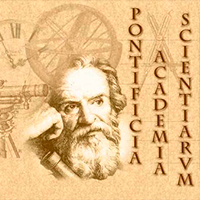 A historical tour of famous Catholic scientists.
Science and faith, are they compatible?

Many people believe that science and faith are not compatible, that religious ideas are an obstacle to scientific progress. However, prestigious personalities such as the American sociologist Rodney Stark deny such statement and on the contrary demonstrate that the scientific revolution that has occurred in the last centuries in Europe has been the fruit of Christianity.

Ignacio Del Villar, PhD telecommunication engineer and professor at the public University of Navarra, takes another step with his new book, Science and Catholic faith: from Galileo to Lejeune, and presents us the biography of five famous Catholic scientists: Galileo Galilei, Maria Gaetana Agnesi, Alessandro Volta, Louis Pasteur and Jérôme Lejeune. Knowing their lives allows the reader to delve into the world that surrounded them and to understand how they reconciled their religious beliefs with their research work. The work is available on Amazon in physical and digital format (http://amzn.to/2v8eJkp), and on iTunes.

Incredible inventions such as the pendulum, the thermometer, batteries or vaccines, amazing discoveries such as the presence of an extra chromosome in individuals with Down's syndrome or the explanation of movement of bodies through mathematical laws, is the legacy of these five geniuses.

But what may most surprise the reader is to discover that in the lives of all of them there was, to a greater or lesser extent, a touch of spirituality from the religion they professed.

On the other hand, the variety and richness of different personalities in the same book is formidable. Galileo, the father of modern science, had a rather disordered life, but he always behaved as a faithful Catholic in obedience to authority. Thanks to his perseverance in faith he gradually tamed progressively his fiery. Agnesi was the first mathematician to get a position at a university and her beliefs had so much weight for her that, at the top of her career, she abandoned everything to care for the sick and helpless. Volta, the inventor of the pile, went to mass and prayed the rosary every day. Pasteur, the creator of numerous vaccines and pasteurization, was characterized by his dedication and altruism. Although not very practitioner, he went through a profound conversion during his last months of life. As for Lejeune, who discovered that people with Down syndrome have an extra chromosome in their karyotype, he was a man of deep spirituality and defender in the field of science of the moral aspects of faith.

All these stories will allow the reader to enter into the wonderful world of the giants of science, while he knows them in an unusual way: combining his scientific work with his human and spiritual facet.