Daily Gospel
Liturgical Cycle B
A Call to Authenticity
Mark 12:38-44 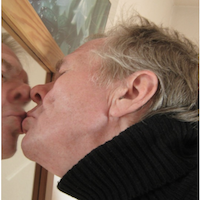 In the course of his teaching Jesus said, "Beware of the scribes, who like to go around in long robes and accept greetings in the marketplaces, seats of honor in synagogues, and places of honor at banquets. They devour the houses of widows and, as a pretext, recite lengthy prayers. They will receive a very severe condemnation." He sat down opposite the treasury and observed how the crowd put money into the treasury. Many rich people put in large sums. A poor widow also came and put in two small coins worth a few cents. Calling his disciples to himself, he said to them, "Amen, I say to you, this poor widow put in more than all the other contributors to the treasury. For they have all contributed from their surplus wealth, but she, from her poverty, has contributed all she had, her whole livelihood."

Introductory Prayer: Lord, I believe in you. I believe that you are here with me, within me as the life of my soul. I place all of my trust in you, for without you I can do nothing. I love you. Thank you for revealing your loving mercy to me. I offer you all I do in return.

Petition: Lord, help me to be coherent and sincere in my decision to follow your will in my life.

1. Religion for Show: The Gospel passage presents us with the stark contrast between the scribes and a poor widow. The scribes were driven by appearances. They were slaves to their vanity. Their interior security lasted only as long as praise flowed from the mouths of those around them. They were more driven by the applause of men than the approval of God. Since their piety was mere show, it left no deep mark in their soul and could not free them from their disordered passions. Externally they appeared religious, but within they were a seething mass of vice. In their greed, they “devoured the houses of widows.” Is my piety for show or for God alone?

2. Generosity Means Giving All: The poor widow went unnoticed by the crowd, but Jesus saw her. While the rich made a great show of their gifts, she had only two small coins to give. She quietly slipped in among the crowd, seeking no one’s notice; but she was noticed by Christ. This is our choice: the applause of men or the praise of God.

3. Drawing Comparisons: Sometimes it is easy for us to get caught up in what others have -- what they are doing or saying. We fall into the trap of comparing ourselves with others, and probably most of the time we don’t measure up! It causes nothing but anguish. Yet, God doesn’t compare us to others. He loves us. He made us as we are, with our own unique combination of talents and abilities. He measures our generosity not by what we give, but by what we hold back for ourselves. Remember, the happiest are not those who have everything but those who give everything they have.

Conversation with Christ: Lord, help me to stop comparing myself to others. Help me to see the good you want me to do today. Let me see the things I’m holding on to and that which is keeping me from you. You have given me everything. I want to return your gifts in full and with interest.

Resolution: I will trust in God’s providence and give him something today that I’ve been holding back.