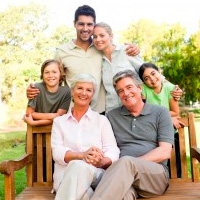 The World Meeting of Families in Dublin will be the ninth encounter. The first was organized by John Paul II in Rome in 1994.

Why was it organized?

John Paul II said it's urgent to build a “civilization of love” and indicated from the beginning of his pontificate that the family would be one of his priorities: in 1981, he published the Familiaris consortio. It marked the beginning of many messages and documents addressed to families.

What is the theme of this edition?

On this occasion, the chosen theme is one of Pope Francis' documents, “Amoris Laetitia,” which reflects on family love and its challenges.

“Human love is created by God and was something that God gave and instilled in the human person, and it needs to be spoken about and the Joy of Love needs to come out when we speak about marriage.”

What messages do the popes send at these meetings?

On the threshold of the third millennium, John Paul II stressed the importance of investing in the family as the nucleus of the societies of the future.

Benedict XVI highlighted the value of the family as a transmitter of social and Christian values.

Francis focused more on the internal dynamics of the family. In Philadelphia, he recalled that it's necessary to accept that the perfect family does not exist and suggested rediscovering the value of forgiveness.

“Sometimes plates fly. Children bring headaches. I won't speak about mother-in-laws. But in families, there is always a cross, always.”

Where were the previous meetings held?

Two of the World Family encounters were held in Rome, the first and the third. The rest were held in Rio de Janeiro, Manila, Valencia, Mexico City, Milan, Philadelphia and now Dublin.