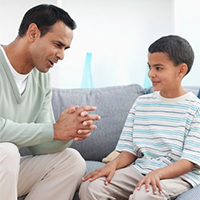 As I have said on other occasions, the first teachings of Saint John Paul II in his pontificate were called by him as the theology of the body. From September 5, 1979 to November 28, 1984, he made a total of 129 catechesis in his general audiences on Wednesdays, where he tried to explain, with biblical sustenance, the meaning of human nature, particularly in our creation as a man and woman, and that call to "be one flesh". There is only one written material that was not promoted, concerning the Song of Songs, which were just published in 2006.

The researcher Michael Waldstein believes that these reflections were written for a book by the then Cardinal Karol Wojtyla with the title: Man and Woman were Created. Presumably, his election as pope made his teachings known to a wider audience. After his election, Pope John Paul II gave his manuscript a new twist, adapting it to weekly conferences. In this way, the Bishop of Rome adapted the reflections to catechesis to be assimilated by the Universal Church.

These teachings try to answer a little the dilemma that had generated the encyclical Humanae Vitae of Pope Paul VI about the conception and regulation of the birth rate. But above all, what he seeks is to answer the two fundamental questions that every human being is asked: 1.- What does it mean to belong to the human species ?, 2.- How can I find happiness in my life? Basically these two questions have their essence in anthropology and vocation.

For pedagogical purposes, the experts have divided their writings in the following way: first part: Adequate anthropology, subdivided into: the original man, the historical man and the eschatology of man; Second part: Application of adequate anthropology, subdivided into: celibacy for the kingdom of heaven, the sacramentality of marriage and reflections of Humanae Vitae.

In the latest research on the teachings of Saint John Paul II, it has been found that he dedicated all these teachings to the Virgin Mary. In the upper right corner of the original manuscript is a date: December 8, 1974, Feast of the Immaculate Conception of Mary. And above the date, a dedication: "Tota pulchra is Maria", in explicit reference to the Song of Songs 4, 7 (All beautiful you are, my beloved, there is no blemish on you!). The Catechism of the Catholic Church No. 773 reminds us that "Mary precedes us all in the holiness that is the mystery of the Church as the" Wife without spot or wrinkle "(Eph 5:27). That is why the Marian dimension of the Church precedes its Petrine dimension. "Surely Cardinal Wojtyla had this in mind when he began to write his reflections and for that reason he wanted to dedicate his thoughts to her.

Many believe that body theology is catechesis only about sex, but it goes much further. Definitely understanding our sexual nature, we can understand "the great mystery" of God's original plan, which calls us to extreme love. In the words of Saint John Paul II: "In fact, this is the perspective of the whole Gospel, of all the teaching, even more, of the whole mission of Christ" (general audience of December 3, 1980) ... "And this theology of the body is founded after the most appropriate method of the pedagogy of the body, that is, of education - even more, of self-education - of man" (general audience of April 8, 1981).

But perhaps it makes it clearer which is the primary vocation of the human being in his first encyclical letter as Pope Redemptor Hominis, written in 1979: "Man can not live without love. He remains for himself an incomprehensible being, his life is deprived of meaning if he does not reveal love, if he does not encounter love, if he does not experience it and makes it his own, if he does not participate in it vividly ... The man who he wants to understand himself to the core - not only according to immediate, partial, sometimes superficial and even apparent criteria and measures of his own being - he must, with his restlessness, uncertainty and even with his weakness and sinfulness, with his life and with his death, approaching Christ. "

Saint John Paul II reinforce this disposition to love in 1995 in the book Crossing the Threshold of Hope: "As a young priest I learned to love human love. This has been one of the fundamental themes of my priesthood, my ministry in the pulpit, in the confessional and also in my writings. If one loves human love, naturally the need arises to commit oneself fully to the service of "just love," because love is just, it is beautiful. "In short, we can conclude that man's fundamental vocation is to love, as God loves.