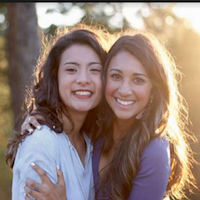 This week, CNA says farewell to our summer intern, Lizzy Joslyn. In her final week at CNA this summer, Lizzy offers "The Genius of Woman," a four-part series of interviews and profiles, based on Pope St. John Paul II's "Letter to Women," and interviews with seven Catholic women from very different walks of life. This is the first piece in that series:

The “genius of woman” or the “feminine genius,” a phrase made popular by Pope St. John Paul II’s 1995 "Letter to Women," can be summarized as the distinct social and interpersonal strengths of women, offered generously to the world.

John Paul wrote: “Much more important is the social and ethical dimension, which deals with human relations and spiritual values. In this area, which often develops in an inconspicuous way beginning with the daily relationships between people, especially within the family, society certainly owes much to the ‘genius of women.’"

Such “genius,” he said, can and should be exercised in various environments--in all environments--but it develops at the basic level of the family unit.

The following are two stories of lives centered and exemplifying the feminine genius. They are stories of women supporting other women.

Sister Maria, a cloistered nun of the Capuchin Poor Clares, spoke to CNA about the centrality of dedication to Christ in the consecrated life, while she highlighted the “fraternal life” of the cloister.

The nuns “build a spiritual family in Christ,” she said, caring for one another “especially when sisters are sick.” As nuns age, the Poor Clares do not bring them to “assisted living or hospice,” she said, adding “we do all the caring in the community.”

But “it’s not… out of duty,” she said. “It’s out of that warmness, love and caring as sisters and mothers.”

Sister Maria said the nuns of her community take care of one another “as a mother takes care of her children,” she said.

Veronica and Miriam Miller: the strength of sisterhood

“Spiritual families” and biological families blossom, Pope St. John Paul II taught, when a woman’s love--the feminine genius--is central to their functioning. So too does society.

For John Paul, understanding that the family is the most basic and essential building block of society was crucial to comprehending the importance of a woman’s familial--and, consequently, cultural--role. In a 1995 letter to Gertrude Mongella, Secretary General of the Fourth World Conference on Women of the United Nations, John Paul II wrote:

“At the personal level one’s dignity is experienced not as a result of the affirmation of rights on the juridical and international planes, but as the natural consequence of the concrete material, emotional and spiritual care received in the heart of one’s family.”

Women, he said, are central to a family’s love.

“No response to women’s issues can ignore women’s role in the family or take lightly the fact that every new life is totally entrusted to the protection and care of the woman carrying it in her womb (Cf. John Paul II Evangelium Vitae, 58).

“A mother’s presence in the family, so critical to the stability and growth of that basic unity of society, should instead be recognized, applauded and supported in every possible way.”

Every women is crucial to the cohesion and strength of families, John Paul taught--regardless of her place in the family. Sisters and daughters are called to the same nurturing roles within their families--such is the case of the Miller family of Golden, Colorado.

Veronica Miller, 22, and her sister, Miriam, 18, are two of six children. Their upbringing was largely based on caring for their fellow siblings, both women said, and this shaped them personally and in their relationship.

Caring for their brother, John, 20, has been a significant element in their experience of caring for one another. John is on the autistic spectrum and is non-verbal.

“It’s crazy because he’s… formed how our family has been together and how we’ve grown up… in a really positive and really good way,” said Miriam. “Our family is super close, and I think that he’s a huge reason why.”

Both sisters agreed that the family’s efforts to care for John have given them communication and cooperation skills among one another and people outside of their family, Veronica said.

John has “helped us read people, so we read each other better, in a sense… because we’re used to not using language with him,” Miriam said.

Coordinating who would take care of John when was a part of this too, said Veronica.

“There would always be one of us who couldn’t go to dinner with the rest of the family because they had to stay back with John,” she said. “You’d have to cancel your plans with your friends because John didn’t have someone to take care of him.”

“We’re always the caregivers, you know, and we always have to sacrifice to be able to love him better.”

This, however, was never a “major source of conflict” for their family--it built them up more than anything, she added. “I would not be who I am if I didn’t have all of them.”

John brought Veronica and Miriam “closer because we know that we have a responsibility to him,” said Miriam.

Their family’s selfless culture, said Veronica, is also rooted in the influence of their mother--the model of the feminine genius for her daughters.

“It’s very clear that she loves all of us by… the things that she’ll do for us,” said Veronica of her mother.

As the two sisters grew up and into their lives as students, their bond, built on self-giving, held steadfast, they say. Veronica and Miriam grew especially close when they both studied at Benedictine College in Atchison, Kansas. It was here that the sisters deepened their faith as individuals, but also together.

“It was just the coolest thing ever,” said Miriam. “I felt like I got to re-know her.”

Veronica, who lived in an off-campus house, would invite Miriam over frequently, both sisters reported.

“She would always make me tea,” said Miriam, “and we would go to Mass together.”

Visiting her sister was a relief for Miriam in the midst of a sometimes socially overwhelming freshman-year experience, she said. It also gave Veronica the chance to exercise the “spiritual motherhood” that Letter to Women discusses, she said.

“College is funny,” said Veronica. “You’re so inclined to only think about yourself all the time.”

“I found that to be a challenge, actually, in the beginning of college when I didn’t have her there. Just because I’d realize, ‘When was the last time I did something for someone else?’ or really thought about someone else besides myself.”

“So having her there just, I think, really encouraged me to… exercise the motherly virtues that I had kind of started to develop younger.”

“It helped me, really, to strengthen those virtues because we didn’t have our mom there or my older sister there…We kind of exchanged that with each other. So then she was able to… love me in a very real way.”

Veronica’s support meant more to Miriam more than Veronica knew. As the sisters were interviewed separately, it became clear that Veronica was largely unaware of the effects of her leadership.

Seeing her sister pursue her faith with such fervency, Miriam said, was “inspiring.”

“I definitely feel like I found my faith more through her because… she was leading me. But it wasn’t… pushy,” she said. Small actions like invites to attend daily Mass, she said, made her realize just how solid her sister’s faith was.

The feminine genius, established and fortified in their family, extended beyond their relationship. Veronica, said Miriam, helped her to develop deep and meaningful friendships.

“I have so many different relationships in place because of Veronica,” Miriam said. Her sister’s willingness to befriend people outside of her assumed “typical” circle, resulting in many unlikely friendships, is something she learned to imitate: “I’ve learned how to reach out of my comfort zone because I’ve seen her do it too.”

“They all come from these different walks of life… it doesn’t matter to her. Which I think is really cool. That’s definitely impacted how I’ve made friends.”

“They all feel so comfortable telling her stuff,” Miriam said of Veronica’s friends.

Veronica herself felt her friendships strengthen because of her their renewed, intuitive sisterly bonds.

“I was able to be more in touch with her and maybe even with my other friends, too,” she said. “I don’t think I’d be able to have… that same relationship with them if I didn’t have sisters.”

Thus, the feminine genius, if adequately fostered in the context of the home, has the capability to pour into relationships of all kinds and help to water the thirst of humanity for genuine love. The impact of “the genius of woman” is unparalleled.

CNA interviewed the Miller sisters separately, but we asked both sisters to describe the other. Here are their answers:

- She “has so many smart things to say.”

-“She’s super hard working and super smart, but she’s so humble about it… She’ll never talk about it. Like she didn’t tell you she graduated from high school when she was 15.” (Miriam is correct--Veronica definitely did not tell me this.)

-She’s humble: “She’s so good at what she does, but she won’t talk about it.”

-“She cares about other people a lot. If she would get together with someone and have coffee with them, she’s totally happy sitting and listening to the other person talk the whole time and will ask the other person questions and doesn’t really talk about herself.”

-“Just in the way she lives, you can just tell that she cares so much about other people.”

-“If you ask her if she has a hair tie, she’ll literally pull the hair tie out of her hair and give it to you.”