Vatican
News
Ireland's situation: post-referendum on abortion and pre-papal visit
The current population looks like they might not be in favor of the Church. 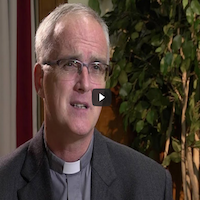 For traditionally-Catholic Ireland, the current population looks like they might not be in favor of the Church. However, Irish priest and professor at the Gregorian University, Gerard Whelan, says this is not necessarily true, but rather a result of centuries-old history.

He asserts that Catholics were shamed for any wrongdoing and forced to migrate to England, just one of many mistakes the Church made during a period of time where it abused its power, both spiritually and politically.

“In recent times then, the decisions that we Catholics would really regret, such as the referendum on same sex marriage and the abortion referendum recently... They all have the background of Irish people wanting to assert their adult individuality over and against a Catholic Church that had a control of social and moral ways in a particular way.”

In 2016 Census, 78 percent of people identified as Catholic and less than half practiced weekly. Despite these numbers, he said shock is still the reaction to the most recent referendum legalizing abortion.

“The immediate effect of this abortion referendum is one of shock on all practicing Catholics I think, or at least certainly the bishops, priests, my fellow Jesuits did not expect that the vote would be so emphatically in favor of abortion as it was.”

Yet, with the pope coming to Ireland in August for the World Meeting of Families, this Jesuit professor says many are feeling one emotion for the upcoming visit: awkwardness.

“So we are in a state of disarray, even in these months after the abortion referendum, so there's an awkwardness to hosting this international meeting on families and to hosting the pope. The pope knows perfectly well that this is a frontier situation of cultural change in Ireland, of decline of the Catholic Church in various ways. He's perfectly happy just to launch into such a situation and to do what he can.”

The pope's presence alone can ignite excitement and help evangelize works, ideas and values for the long-term. Thus, instead of reprimanding the Irish citizens as was done in the past, the Holy Father might address broader cultural and family values that he so often speaks about.