Youth
Virtues and values
The youth and videogames
Just a waste of time or an opportunity for education? 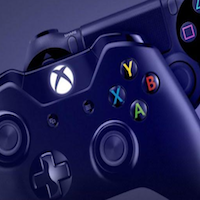 The Familyandmedia research team recently conducted a study on the effects of the use of new technologies by Italian teenagers. One of the aspects that the researchers focused on most was the relationship between young people and videogames.

The study was conducted in 2016 in three different cities (Bari, Castel Gandolfo, and Rome) on panels of 16 youth ages 13 - 18. In total, 48 young people participated in the research. The main goal of the investigation was to obtain results not induced by the researchers through a playful participant observation method.

The purpose was to gather all the most common ways of using videogames and the dangers of addiction. So the "hidden" questions aimed to investigate: how they choose a videogame, what are the motivations to play, if they prefer to play on their phones or on a computer/tv. And again, how many hours they spend playing and at what point of the day, whether alone or in company, if they have time limits imposed by their parents or if they choose for themselves when it’s best to stop. Finally, what feelings or disturbances they feel after having played, for example during the night.

In addition to mapping the habits of usage and consumption of children's video games through focus groups, a second specific objective of this study was to identify in them the presence of the virtues of temperance, detachment and self-control, or lack thereof.

Some results of the research

The hours of play. Starting from the amount of time spent on video games, the time of consumption was extremely variable: the minimum recorded is at least an hour a day (in younger subjects, due to the restrictions imposed by parents) but already in boys between 14-16, the average rises to 2-3 hours a day with a height of 7 hours. It has been noted that the greater the age, the more hours played per day and the time spent playing online with friends or strangers.

The Pegi System (Pan European Game Information). The participants of the study, although they know about the Pegi system - the European classification method of games based on the age of the children - do not take this into account. Even parents in many cases do not know or do not take into consideration the information provided by Pegi, and buy their children games, which in theory, are not intended for their age group (especially when it concerns the Pegi 18+). In this regard it is good to see how, beyond the word of mouth among friends, the game playing seen on Youtube and the launches of production houses are decisive for the choice of video games: all content which generally ignores or doesn’t bring up Pegi.

Self-control in the game. Speaking of self-control and temperance in the game, almost all the kids express a great annoyance in being interrupted while they are playing, especially if they think they have only just begun. Related to this aspect, there is the frustration that children experience when they are diminished by their parents for the time spent playing with phrases like: “Do you still waste your time with these video games?" Or "You’re still playing? Do not you have anything better to do?" This type of approach creates discouragement, because your hobby/passion is considered as “lower” than other activities (reading/going out/playing sports/watching TV, etc). In addition, according to the kids, the parents show that they do not understand that video-playing, just like any other activity, requires its own time to be lived and appreciated and that almost never is this time less than an hour.

Playing alone or with others? One of the principal aspects that emerged from the study is the fact that most of the kids involved prefer to play with others. Beware, however, of their conception of playing in the company. Today's kids make no distinction between playing together online (so everyone can play from his or her own home) and playing together physically in the same room. What matters to them is cooperative or competitive interaction with other people.

Several positive opportunities emerge from the research that video games can offer to kids:

- if you play in with others, you can socialize and feel part of a group;

- the games allow you to use digital media in a playful way;

- with electronic games you can learn and hone various skills, such as hand-eye coordination, reasoning, sense of orientation and creativity;

- video games allow you to learn how to move between real experiences and virtual sensations (online and offline);

- videogames help us to develop strategies and to search for solutions, with a goal of problem solving;

- learn to work in teams. In businesses, we would call it team bulding;

- playing with people from other countries and in different languages, allows you to deal with different identities, opening your mind and making one more cultured.

In other words, videogames - if used with balance, purpose, rules and common sense - offer some positive aspects in an educational perspective, as they can be a tool honing and developing children’s soft skills.

To read the full text of the study by Familyandmedia on young people and social networks and to learn other data and oddities about the relationship with videogames and TV series, download the ebook of the research here for free.