Youth
Virtues and values
The World Needs Strong Women
Women: You are the primary transmitters of the faith in families. 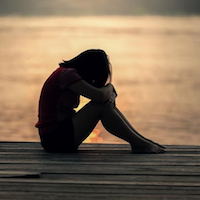 It may seem strange to some readers that I, a young man and a religious brother, am writing on the need for real women in this world. This is written primarily for young women although I think young men could find it quite helpful as well. Ladies, our society and culture are attacking you like never before. It has become so “normal” now that you might not even notice it. The ads, the movies, the music are trying to distort the eternal truths you have received from your faith. Act and dress like this, speak like this, do this, etc. There is a need of renewal among the women of today. You make up the largest percentage of the Catholic Church. You are the primary transmitters of the faith in families. The world is relying on you more than ever before to be culture changers. I simply wish to share my recent reflections on this subject and any knowledge or experiences I have had being the brother of five beautiful sisters and the friend of some truly amazing girls, all of whom I dedicate this to.

Last December I had the grace of visiting my family in Southern California. On my first flight, I sat next to a young woman, only a little older than me, who was in grad school. I had a beautiful conversation with her, which I want to base my thoughts on. Poor girl, she woke up as the plane was taking off and realized that she was sitting next to some dude in a black suit and white collar.

“Oh, you’re a priest.” “Well, not really,” I said, “I am a religious brother, but I am studying to be a priest.” She went on to say that she was amazed that I was young, like her, and had chosen this type of life. She was a fallen away Catholic so she knew some of the Church’s teachings and beliefs. After coming to the shocking realization that I was a normal person, she began to be more comfortable speaking to me and was really open with me about a variety of different things. I learned three main things from our two and a half hour long conversation on this plane, all specifically centered on the feminine genius. Her and many other young women have false ideas about their image or identity, their relationships with others (especially men), and their ability to stand up for what is right.

It breaks my heart to say this but the young woman I was sitting next to really thought she was junk. She thought she wasn’t “good enough.” I can still picture looking at her with tears in her eyes saying, “Sometimes I can’t take it, I know this isn’t who I am…I’m just confused.” Girls, God does not create junk, what does that say about him? If you are not set on what your true identity is then you will be swept away by whatever or whoever culture or people in general tell you to be. So what is your identity? How should you see yourself? Well first and most importantly, you are a beloved daughter of God. You have a most loving Father. You are a princess in the Kingdom of God. Ask any good father what he wouldn’t do for his daughter. When you come to the realization that you are loved by someone without any limits, your whole view of who you think you are will change. You will change! You are fulfilled, and there is no need for you to go searching for false images or facades that turn you into something you are not. St. John Paul II wrote an Encyclical Letter precisely on the topic of the identity of women, it is titled Mulieris Dignitatem. I highly recommend it.

As I mentioned before, this young woman on the plane was open with me about her personal life. This included some of her relationships, especially with men. Unfortunately, if you have an image of yourself that is not true then you can fall into some mistakes in this area of love and relationships. There is no denying that we live in an overly sexualized culture. Sex has been desecrated and twisted into something that is a complete lie. All, especially young women, are pressured into this lie. If you haven’t had sex by the senior year of high school you’re considered abnormal. The fact is that the problem goes much deeper than a couple of drinks on a late night. Women, more than men, feel the necessity of being loved. This is good and beautiful, God made you so that you want to receive much love. Sadly, popular society has spread the lie that you have to “give” something in order to receive that love which you long for. This young woman on the plane straight up told me that one of the main reasons she had sex with guys is so that they wouldn’t break up with her (which all of them did anyway). If you ever find yourself in this situation, some sound advice, just dump the guy. He simply isn’t a real man if he thinks he deserves something in return for being with you. The truth is you don’t need to give anyone sexual pleasures, or anything for that matter so that you can be loved. When you have any sexual relations, especially outside of marriage, the dude isn’t “loving” you, he is loving or better yet “enjoying” your body. Do not fall for this. You as a woman were made, just like everyone else, for real love. Real love is a gift of self, expecting absolutely nothing in return.

Standing up for what is Right

As a Legionary, I try to make every encounter I have with a person concrete in one way or another as far as giving advice goes. Something we are always told in the center of formation is to make sure you have concrete steps and goals for the things you want to achieve. Don’t just leave it in the air. In light of that, as the conversation with the young woman on the plane was coming to a close I knew I had to challenge her in some way to try to change a few things. “So what are you going to do?” “I really don’t know,” she replied. What she said next was what struck me. “If I do something different I know that everyone I hang out with will disregard me or anything I say.” Fear. She was afraid to do the good, in her case because others would make fun of her or not be her friend anymore. She knew the right she had to do but she lacked the strength to do it. To anyone who reads this, I am begging you; stand up for what you know is right. How can you or anyone else change society and culture if you don’t stand up for the truth? Most people today want to “be different.” I always say if you really want to be different you will go against the current of false identity, just being “fake” to please others. If you want to be different you will have healthy relationships and not fall for the lies you are being told about what love is. If you want to be different you will stand firm when others persecute you for staying true to your beliefs. The world needs strong women. I ask that you heed that call. Your mission is huge, but with Christ at your side, it is possible.