Learn to pray
Spirituality
The Church Is Bigger
These men are indeed part of the Church. 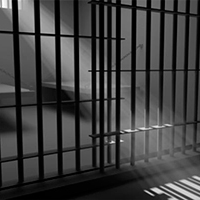 I met a man who killed his girlfriend. I do not know his name, but I do know that the confirmation name that he chose was Ignatius, one of my favorite saints. Ignatius, a former marine, struggled with post-traumatic stress after service and, one day, killed his girlfriend, probably with a punch to the head, though he does not remember it. He turned himself in when he became conscious of what he had done.

Ignatius was one of the 34 prisoners that received baptism and confirmation after preparation with the prison chaplain for almost a year, which sounds like a long time but is no burden for men with no plans for the next 40 years. In that mass, Christ forgave them of their previous sins and all of the punishment for those sins, and they became new men, reborn.

Rebirth sounds very nice and good, but I thought that was the end of it – that is, until I heard the homily. The homily was typical for a baptism – they are now marked for God, sons of God, and part of the Church – but the context, the prison, was different. Is Ignatius, in prison for murder, part of the Church? When I thought of the Church, I thought of my parish back home, the Pope in the Vatican, and my religious community; but I never pictured a white-plastered auditorium of prisoners, somehow thinking that a few layers of barbed wire could keep out the Church which spans all borders, all seas, and all languages. These men are indeed part of the Church, and I am thankful to Ignatius that he opened my eyes a little wider. May God bless him and shower his grace upon him.