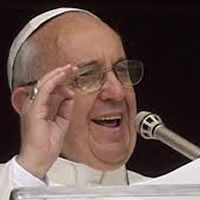 The volume is composed of 54 essays on various themes by prominent figures such as Cardinals Luis Antonio Tagle of Manila, Donald Wuerl of Washington D.C., and Oscar Rodriguez Maradiaga of Tegucigalpa, Honduras and many others such as Massimo Faggioli, Andrea Tornielli, Austen Ivereigh and Doctor Phyllis Zagano.

During the presentation in Rome at the Jesuit Headquarters in March, Cardinal Farrell, the Irish-born American Cardinal leading the Vatican’s Dicastery for Family, Laity, and Life, stressed: ‘Anyone who wishes to understand Pope Francis must read this book.” He underscored that if they were to do so, it would be much less likely that Pope Francis be misunderstood. Encouraging all present to buy copies, he praised the work of the two American journalists who arduously worked compiling and editing all the essays.

Also during the launch, Cardinal Maradiaga discussed Pope Francis’ reform, his ‘word’, along with author and academic, Dr. Phyllis Zagano, of Hofstra University in New York, and Sister Norma Seni Pimentel, who works with refugees and migrants on the southern border of Texas, who shared their reflections on their words of ‘service’ and ‘immigrants’ respectively.

Zenit spoke with Joshua McElwee about their work and what he found to be most meaningful.

“It’s hard for me to choose which of the words were most meaningful. I think the book is a really wonderful resource for anyone looking to better understand Pope Francis’ vision for the Catholic church. Because our Lexicon is a compilation of 54 essays from different authors, readers will benefit from 54 different streams of insight into what Francis is doing. “

“Among some of the most powerful essays,” he shared, “are those from Argentine Archbishop Victor Fernandez, who sheds new light about why the Pope speaks so often about ‘encounter;’ from Chicago Cardinal Blase Cupich, who sees the ‘field hospital’ as the place for the practice of mercy; from U.S. theologian Katie Grimes, who carefully considers the question of Francis’ understanding of ‘episcopal accountability;’ and from Indian bishops’ advisor Astrid Lobo Gajiwala, who evaluates the good and the bad about how the Pope speaks about ‘women.'”

The essay that moved him the most personally, he said, was the foreword by Ecumenical Patriarch Bartholomew.

“It is such an honor to have a piece in the book by the patriarch, who speaks of his deep esteem and affection for his ‘brother’ Francis.”

The idea for the book was inspired by the Italian ‘Vocabolario di Papa Francesco‘ (The Vocabulary of Pope Francis) (published by Elledici). Liturgical press, interested in creating a similar product, but by means of a broader scope of important participants engaged the two journalists to bring the idea to fruition in English.

The French version of the book ‘Pape Francois Lexique,’ published by Cerf, came out last week. There is also a UK edition, published by Bloomsbury, titled ‘Key Words of Pope Francis.