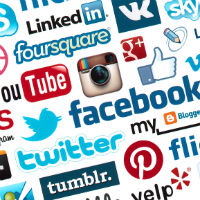 More and more, new digital technologies such as smartphones, tablets, or PCs are taking the place of traditional forms of media in our daily lives. Young people increasingly prefer to surf the net and choose for themselves, according to their preferences, what content to view.

In particular, YouTube is the most followed platform. It offers for free almost immeasurable amounts of video content for every taste: from music videos to films, tutorials and documentaries. It gives the opportunity for everyone to program his own viewing schedule.

Youtube is also fertile ground for creative guys with ideas and content to share with other users. In Internet speak, they are known as You Tubers.

Who are the YouTubers?

Generally, YouTubers are young people, often teenagers, who open their channel on YouTube to offer free content to users. Some focus on particular issues, on video games, fashion, cinema and music, offering reviews, comments, or user guides. Others simply give advice, even of a practical nature, such as how to look more attractive or how to pass through levels of video games. Others still simply talk about themselves, their lives, not particularly specific issues, while doing something funny or insane; to create a surreal and irreverent atmosphere that arouses sympathy and humour.

Their language is colloquial, in typical youthful slang, free and unscripted. There is no shortage of self-deprecation and trash-talk.

From simple amateurs, some YouTubers have become stars overnight, with hundreds of thousands of followers. Genuine role models, followed daily by countless adolescents.

One such name? PiewDiePie has 50 million subscribers on his channel and over 10 billion views. Stunning numbers that would make any television network green with envy. His videos consist of short comic sketches while playing video games. But there are many others. Among the girls, for example, it is very followed Yuya, a huge star in Mexico where she is considered one of the most influential bloggers in fashion and make-up. Her YouTube channel has more than one billion views and 11 million subscribers.

YouTubers: Why are they so adored?

Lets assume that every teenager has idols: often they are singers, young actors or sports stars. YouTubers have now fallen into this category, with their fresh style, spontaneity, directness, friendliness that is unscripted and that has won the hearts of young people.

But why are they so adored? Above all – it is their spontaneity. Their normalcy is also appreciated by their fans. The public follow them and can relate to and identify with them. In other words, the young people like YouTubers because they are coetaneous, with their own tastes, passions, problems, feelings and emotions. They are seen as a classmate or next door neighbour, not as a star. This increases the sense of trust, esteem and affection towards them.

But their success is not only based on this. YouTubers provide content that is enjoyable, entertaining and informative, a winning formula compared to that of TV decided by serious managers on the upper floors.

If television is no longer capable of offering material that raises genuine interest in young people, their migration to other platforms like YouTube becomes inevitable.

The Social Responsibility Of YouTubers

In reality, it can’t be easy being a YouTuber. Apart from the "professional" commitment everyday to find ideas and creative content that will interest their audience, they must also keep in mind the weight of their responsibility in the face of hundreds of thousands – and sometimes even millions – of followers.

It is not by chance that some time ago Pope Francis met 12 of some of the most influential YouTubers from all over the world at the Vatican. "You are responsible for your words": This was the message that the Holy Father wanted to make aware these young people that their actions and words exert a great influence on many other people.

Pope Francis stressed how these YouTubers have developed a huge ethical and social responsibility with regards to those who follow, emulate and trust in them. It is a legacy of respect and humanity that should not be wasted but used for good.

After all, this might be the real challenge for these youthful influencers: help the world to rediscover the meaning and the mystery of language. In the hubbub of modern civilization they may serve rediscover the meaning of silence and the symbolic force of gestures. Sometimes, all that is needed is a hug, a kiss, and caress to communicate emotions – with no words needed at all.