Dating & Engaged
Relationships
Why did we forget how to date?
The Dating Proyect 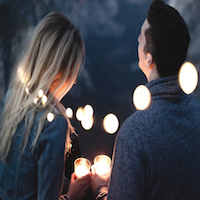 It was about 10 or so years ago when Kerry Cronin, a professor at Boston College, noticed something was up with the way her young students were dating – or, rather, not dating.

It was the end of the year and she was talking to a group of bright, charismatic students who were full of plans for their future. Cronin asked her students if graduation meant some difficult conversations with their boyfriends or girlfriends – and she got blank stares.

“(They) were just really stellar people, beautiful inside and out, and had all kinds of charisma and everything and almost none of them had dated at all in high school or college,” Cronin told CNA. “And I thought wait, what? What’s going on?”

Further conversations with students proved to her that this group of seniors was not an anomaly, but the norm.

“I started talking to them about hookup culture and how that had impacted dating, and what I realized was that the dating social script was sort of gone,” she said.

And so, like any good professor, Cronin turned the problem into an (extra credit) assignment that she gave to her senior capstone class the following year.

While her students all thought it was a good idea, none of them had asked someone on a date by the end of the semester.

“And I realized they had no idea what I was talking about,” Cronin said.

So she tweaked the assignment to include a set of rules that students had to follow – ask a legitimate romantic interest out on a date. In person. Keep the date 60-90 minutes. Go out to ice cream or coffee – something without drugs or alcohol. You ask, you pay – but a first date should only cost about $10 anyway. The only physical contact should be an A-frame hug.

The idea caught on, and pretty soon these “Cronin dates” were the talk of Boston College. Today Cronin travels the country, speaking to college students about how to date, and continues to give the dating assignment in her classes.

Her renown as the ‘Date Doctor’ reached the ears of Megan Harrington and her colleagues, who were looking to create a documentary about dating in today’s world.

“We had put together a pitch at dinner, and there were 14 women at dinner, two were married and the rest were single, and a lot of us just didn’t know when the last time we went on a date was,” Harrington told CNA. “And we were kind of saying, what is going on?”

After hearing about Cronin, Harrington and her team decided to feature the dating assignment in their new film “The Dating Project” – part dating how-to, part dating documentary.

Besides Cronin’s dating assignment, the film follows five single people of varying ages and backgrounds who are looking for love – two college students, Matt and Shanzi; Cecilia, a 20-something living in Chicago; Rasheeda, a 30-something living in New York; and Chris, a 40-something from Los Angeles.

“Dating, at least here at (Boston College) has kind of a broad, uncertain, ambiguous definition,” Matt says in the film.

“Definitely hooking up is more common on a college campus,” Shanzi adds.

The uncertainty and ambiguity is a constant thread in every storyline. Cecilia wishes her Tinder date would tell her what he wants, Rasheeda can’t remember the last time she was on a real date, or what that even means. Chris is so overwhelmed by online dating he’s not sure where to begin.

The moniker “hooking up” is a term young people have embraced, Cronin noted in the film, because it could mean anything from making out to having sex, and everyone gains some social status from being able to say they “hooked up.”

Cronin tries to help her students see that it’s braver – and ultimately better – to get to know a person before becoming physically intimate with them, something the hook-up culture gets backwards.

Harrington said she was “shocked” at the amount of pressure on college kids to be very physical in relationships, “and I think that carries over when you get out of college, this pressure to fit in.” “I knew it was there and it’s not a new thing, and technology has just made it easier,” she added.

Cronin said that while the hook-up culture is prevalent, she’s found that most students are unhappy with that status quo and are looking for a way out.

“They want the way out but nobody’s offering it to them,” she said.

That’s why the rules for her dating assignment are so important, she noted. It’s not that she wants to return to the 1950s or some other bygone era, she added, but there are good things to be gleaned from these “dating scripts” of yesteryear.

“The rules are to help you so that you know what you’re doing,” Cronin said. “You’re not asking someone on an uber romantic date, this isn’t a candlelit dinner with violins and flowers, this is just a cup of coffee, just to see.”

She put together the “rules” from what she remembered of her own days of dating, as well as advice from friends and feedback from students who have done the assignment, Cronin said.

The students, she added, welcome the dating guidance.

“I am amazed at how much this generation of young adults wants coaching in all areas of their life,” she said. “They are hungry for coaching, and they responded so well to these rules I was amazed. In some ways I have no idea why they would do this, but then they do and they’re happy and they want people to help them navigate situations where they need to be brave.”

Two of the three production companies involved in “The Dating Project” are Christian companies – Paulist Productions and Family Theater Productions. Most of the single people featured in the film end up talking about their faith and values at some point, some more explicitly than others.

Rasheeda is the most outspoken about her Christian faith in the film. At one point, she expresses dismay that she can’t seem to find a man who shares her values and wants something out of dating besides a sexual encounter.

Harrington, herself a Catholic, told CNA that faith wasn’t necessarily meant to be a central theme of the film, but faith and values are a topic that inevitably come up during the dating process, and each person in the film talked about it to the extent they felt natural.

What the film does show, Harrington said, is that Christians are not really any better at dating in the modern world than anyone else is.

“It’s very apparent that even in the Christian world, in this area of life – dating and relationships – we’re just as lost as anyone else, we’re really not leading the way,” she said. “I think it’s just as difficult for Christians as it is for anyone else.”

Both Cronin and Harrington said that dating sites and apps are not bad in and of themselves, but they should be viewed as a tool.

“Use it as a tool to meet someone in person, because meeting in person is how you get to know someone,” Harrington said.

“The danger with apps is that people can become objects and we become consumers, and you’re swiping left and swiping right. Part of what is bad is that some people use them for just a hookup or sexual experience,” she added.

“The thing I think with any app is – have a plan, and that plan should be in line with your values and should result in you getting to meet someone face to face and having a conversation,” she said.

Cronin said the most heartening thing about her dating assignment has been that it gets students talking to each other about what they really want dating and relationships to look like.

“It’s one thing to give out an assignment to 25 students and that’s great, but what I was really heartened by is that most of those students go home to their resident halls and talk to their roommates and their friends about it,” she said.

“Within maybe two or three semesters of giving this assignment way back when, people were talking about it so actively and that was really wonderful, it ended up being one of the best thing about the assignment, because people knew about it, and it just gave people permission to go on casual, non-intense...dates,” she said.

She added that she hopes that this documentary will accomplish the same thing.

“My hope for this movie is that it will just get people to talk about our crazy fears and our crazy anxieties and why we hide so much and what it is we really want,” she said.

Harrington added that she hoped the film would encourage people to examine and re-evaluate their own relationships and dating behaviors.

“I think that the change has to come individually, we have to change ways in which we’re seeing people as experiences instead of as human beings,” she said. “You have to make a decision of changing a behavior that isn’t bringing out the dignity of the human person.”

“And if you’re of a faith, it has to be your relationship with God strengthening that and saying ok, I’m made in the image and likeness of God, and so is the other person,” she said. “So in order to change the dating culture, we have to change our own behaviors and look at the ways that we’re engaging with people.”

“The Dating Project” will show on April 17 in select theaters throughout the country. More information can be found at: