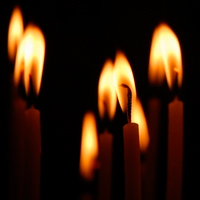 The bishops of Australia have called on the faithful of the country to begin the season of Lent with four days of fasting and reparation for victims of sexual abuse within the Church.

One suggested prayer for the penitential period asks God: “May all those who have been abused physically, emotionally and sexually by your ministers be respected and accompanied by tangible gestures of justice and reparation so that they may feel healed with the balm of your compassion.”

It adds: “We pray that your Church may be a secure home where all children and vulnerable adults are brought closer to your Beloved Son.”

The Australian Catholic Bishops Conference in a Feb. 5 message asked Catholics to dedicate Feb. 14-17 as days of fasting and reparation for cases of sexual abuse within the Church.

They said that they and other Church leaders have often expressed sorrow and apologies for “the harm suffered by victims and survivors, the instances of cover-up, the failure to believe survivors’ stories and to respond with compassion and justice, and the distress that many still experience.”

“Our apologies have at time seemed too little – not because they were insincere, but because trust has been broken,” they said. “We stand firm in our resolve to ensure that the abuse of children never happens again in the Catholic Church and to build new bonds of trust.”

The bishops released several liturgical and prayer resources for use in the home or in the parish and other public settings.

“Through fasting, we stand in solidarity with the victims and survivors of abuse whose much deeper hunger is for healing and peace in their lives,” they explained. “Through reparation, we make amends for the sin of those in the Church who abused children or failed to listen and act when they should have.”

“The days of fasting and reparation in sorrow for child sexual abuse and for the healing of victims and survivors will be marked by prayer – in our homes and in our Catholic communities,” said the bishops.

The call for prayer, fasting and reparation comes in the wake of the December 2017 release of the Royal Commission’s final report on Institutional Responses to Child Sexual Abuse.

The commission was established in 2013 to investigate the handling of child sex abuse allegations by religious groups, schools, government organizations, and sports associations.
Numbers garnered from the various testimonies gathered show that claims of child sexual abuse have been made against 384 diocesan priests, 188 religious priests, 579 religious brothers, and as many as 96 religious sisters since 1950. Seven percent of Catholic priests in Australia serving between 1950 and 2009 have been accused of child sex crimes.

Among religious institutes, 40 percent of the members of the St. John of God Brothers in Australia have been accused of child sexual abuse. More than 20 percent of the Christian Brothers, Salesians, and Marist Brothers have faced accusations. Claims have also been made against some 543 lay workers in the Church.

In March 2016, Cardinal George Pell, the former Archbishop of Sydney, was accused of inappropriate sexual behavior by three men who were minors at the time at St. Alipius school in Ballarat. He has denied the charges, but took a leave of absence from his responsibilities leading the Vatican’s Secretariat for the Economy in order to defend himself in court.

Australia’s bishops said the conclusion of the Royal Commission means a “new moment” for Australia and for the Church.

“We are calling upon the Catholic community in Australia to embrace this new moment by beginning the penitential season of Lent with four days of fasting and reparation,” they added. “These are spiritual practices which express our desire for God’s reconciling and healing grace.”

The bishops encouraged the Catholic Church to “make the journey from Ash Wednesday to Easter.”

“We cannot undo the past. With God’s help, we can make the future better,” they said.

The bishops stressed the Church’s commitment to policies, procedures and structures that better respond to survivors of abuse and their families. The Church has worked “to establish professional standards for all ministers and Church workers” and “to safeguard children and vulnerable people.”

“For the Church, as for other institutions, this has involved gradual learning and development, and so it will continue to be,” they continued.

The Royal Commission recommendations were sometimes controversial, such as a recommendation that priests be legally obligated to disclose details of sex abuse revealed in the confessional or face criminal penalties. Under Church law, a priest who breaks the seal of confession faces automatic excommunication.

The report also said priestly celibacy should be made optional.

The bishops’ letter and the prayer resources are available at https://www.catholic.org.au/fastingandreparation