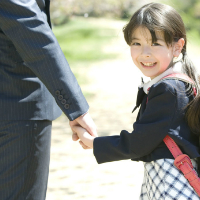 Students with Down syndrome study Latin and logic alongside their classmates at Immaculata Classical Academy, a Catholic school in Louisville, Ky., that integrates students with special needs into each of their pre-K through 12 classrooms.

The school emphasizes “education of the heart,” along with an educational philosophy tailored to the abilities of each student. About 15 percent of students at Immaculata have special needs.

“When you look at these students with Down syndrome in a classical setting, it is truly what a classical education is all about -- what it truly means to be human,” the school’s founder, Michael Michalak, told CNA.

“You can't learn compassion in a book,” Michalak explained.  He said the students at Immaculata are gaining “the ability to give of yourself to help others” through mutual mentoring constantly taking place in the classrooms.

Michalek founded the academy along with his wife, Penny, in 2010. The couple saw a need for a Catholic school in which students like their daughter, Elena, who has Down syndrome, would not be segregated from their siblings. They wanted to keep their children together without compromising educational quality or spiritual formation.

"A classical education is, I think, the best education for a child with special needs because it is an education in everything that is beautiful, true, and good. It is perfect for these children,” Penny told CNA.

The school’s course schedule is configured so that students can move up or down grade levels by subject at each class hour, according to individual needs. “A second-grader might go to third grade math class and a child with Down syndrome in second grade might go over to first grade or might stay in 2nd grade,” Michael Michalak explained. “Nobody is looking around and saying, 'Oh, they are going to special classroom.’ They are just going where they need to be.”

"In the midst of all of this we are not leaving students behind,” Penny added, “We keep our high academic standards while integrating students with special needs.”

Since its founding, the independent Catholic school has grown to a student body of 160. Other Catholic schools across the country have begun looking to Immaculata as a model, the Michalaks say.

"Whenever anyone visits our school, they always say, ‘Oh my goodness the joy of this place!’” Penny told CNA.

The couple attributes the school’s sense of joy to the Holy Spirit and “the joy of belonging.” “Inclusion is more of a buzzword these days, but it is true that we all want to belong and we all want to be loved,” said Michael Michalek.

"Prayer is the air that we breathe. We start the day with prayer. Every class starts with a prayer and ends in a prayer,” said Penny, who entrusted the school to our Our Lady at the school’s founding with St. Maximilian Kolbe as its patron.

"Our whole philosophy is to teach every child as if we were teaching the Christ child, so that is how we handle each and every student," Penny continued.

A developing religious community, the Sisters of the Fiat, also teach at Immaculata. The sisters take an additional vow to serve those with with special needs, along with the traditional vows of poverty, chastity, and obedience.

The school’s founders say they are aware of their unique witness and role in a world where many children with Down syndrome are aborted. The estimated termination rate for children prenatally diagnosed with Down syndrome in the United States is 67 percent; 77 percent in France; and Denmark, 98 percent, according to CBS News.

At the annual March for Life in Washington, DC, students from Immaculata Classical Academy hold signs that read, “Abortion is not the cure for Down syndrome." The students are united in mission as “a pro-life school” and pray together for an end to abortion for their brothers and sisters with Down syndrome around the world, Michalak said.

The Michalaks have also adopted three children with Down syndrome.

Michael sees the founding of a school like Immaculata as the natural Catholic response at a moment in history when children with Down syndrome are especially at risk.

"Look at what the Catholic Church has done throughout history: We see orphans; we build orphanages. We see sick people; we build hospitals. It is in this particular time and place that we saw the need to take the lead on this and to start a school that incorporates the whole family.”

His wife adds, “When you are doing something that you feel called by God to do, it is a vocation, it is a mission, it is a calling...how can you not be full of joy when you know that this is the will of God. It is very rewarding."