Dating & Engaged
Relationships
Who Cheast?
The demographics of faith and infidelity 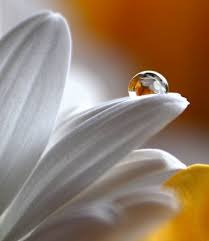 Last week, Missouri Gov. Eric Greitens admitted to an extramarital affair with his former hairdresser, although he denied allegations that he subsequently blackmailed her.

Greitens issued a joint statement with his wife saying that they had dealt with the affair privately, while his attorney issued a statement denying the blackmail allegations.

The allegations came as a surprise to many, given Greitens’ public persona as a family man, and a devout follower of Judaism.  Critics have accused the governor of hypocrisy, and he recently cancelled a statewide tour promoting a new state tax plan.

But recent data shows that Greitens’ infidelity is not the norm among religiously active people.

The data was analyzed in a blog post by Wendy Wang, director of research with the Institute for Family Studies.

Wang said that while the data didn’t indicate whether the type of religious service played a role, “it’s a fact that people who regularly attend religious services are less likely to cheat.”

“I think it’s interesting how your faith could play a role in your relationship,” Wang told CNA. “It probably has something to do with what the church or the synagogue is teaching you. A lot of religions emphasize the importance of family, marriage stability, so that’s probably why it has such an impact,” she said.

The data showed that attendance at religious services was the strongest factor among both genders that indicated a low likelihood of infidelity.

However, religious service attendance remained a significant factor for both genders, even when controlling for other variables, Wang said.

“I don’t know the reasons why exactly, but we do see that people who grow up with both parents married to each other, they’re less likely to cheat,” Wang told CNA. “I think it is important to see how a steady family, a stable marriage actually could help even in your children’s marriage quality.”

Wang’s research also indicated that cheaters - both men and women - are more likely to be divorced or separated than non-cheaters.

However, the data doesn’t indicate whether men are more likely to remain married to the spouse whom they cheated on, or to remarry after infidelity, Wang said.

“Basically the question is who’s more likely to forgive their cheating spouse? I don’t have numbers for that,” Wang said. “What I see here is we definitely see a consequence for cheating.”

Part of the reason for the discrepancy among marriage rates after infidelity could be the differing reasons why men and women cheat, Wang said. Cheating men may more often act out of physical impulses, while women who cheat may be more likely to be emotionally involved in their affairs, and more likely to divorce as a result of them, she said.

“That might explain some of the gender difference there, but it’s hard to say,” she said.

Overall, Wang said that the data and analysis are important, especially as more accusations of sexual misconduct come out against celebrities and politicians, many of whom are married.

“That’s why I was interested to take a look and see the data; it is amazing to see how things have changed in a few months,” Wang said.