Daily Gospel
Liturgycal Cycle C
Human Harshness vs. The Charity of a Saint
Thursday of the Nineteenth Week in Ordinary Time 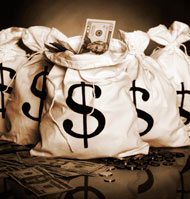 Holy Gospel of Jesus Christ according to Saint Matthew 18:21–19:1.
Peter approached Jesus and asked him, “Lord, if my brother sins against me, how often must I forgive him? As many as seven times?” Jesus answered, “I say to you, not seven times but seventy-seven times. That is why the Kingdom of heaven may be likened to a king who decided to settle accounts with his servants. When he began the accounting, a debtor was brought before him who owed him a huge amount. Since he had no way of paying it back, his master ordered him to be sold, along with his wife, his children, and all his property, in payment of the debt. At that, the servant fell down, did him homage, and said, ‘Be patient with me, and I will pay you back in full.’ Moved with compassion the master of that servant let him go and forgave him the loan. When that servant had left, he found one of his fellow servants who owed him a much smaller amount. He seized him and started to choke him, demanding, ‘Pay back what you owe.’ Falling to his knees, his fellow servant begged him, ‘Be patient with me, and I will pay you back.’ But he refused. Instead, he had the fellow servant put in prison until he paid back the debt. Now when his fellow servants saw what had happened, they were deeply disturbed, and went to their master and reported the whole affair. His master summoned him and said to him, ‘You wicked servant! I forgave you your entire debt because you begged me to. Should you not have had pity on your fellow servant, as I had pity on you?’ Then in anger his master handed him over to the torturers until he should pay back the whole debt. So will my heavenly Father do to you, unless each of you forgives his brother from his heart.” When Jesus finished these words, he left Galilee and went to the district of Judea across the Jordan.

Introductory Prayer:
Lord God, I believe you are present here with me as I begin this moment of prayer. I hope in you. I know that you will always take care of me. I want this time with you to be a sign of my love for you. I seek only to please you, without desiring any spiritual consolation for myself.

1. Human Harshness  “He seized him and started to choke him, demanding, ‘Pay back what you owe.’”
The Gospel gives a startling example of human harshness. History recalls another one. In Auschwitz, the camp deputy commander, Karl Fritzch, decided that the most effective way to keep prisoners from trying to escape would be an overwhelming example of reprisal. Ten men in Block 13 were picked out for starvation. The thought of innocent men dying because of another’s escape would definitely make anyone think twice about it. The master of our Lord’s story is angry at the harshness of his servant. We can only imagine the Lord’s anger at the harshness of a place like Auschwitz, called by Pope Benedict, “a place of horror” and “unprecedented mass crimes” (May 28, 2006). Let us purge our own hearts of the evil of harshness, which brings down such misery on our own soul.

2. St. Maximilian Steps Forward
The Lord’s answer to Peter in this Gospel, “not seven times but seventy-seven times,” points to a heroic living of the virtue of charity and forgiveness. St. Maximilian Kolbe gives us an example of that kind of love. When the commander had picked out his ten victims, St. Maximilian had been passed over. No doubt the others who were spared were breathing intense sighs of relief. Instead, St. Maximilian stepped forward and offered to take the place of one of those chosen, Franciszek Gajowniczek, who cried out in anguish over his family. We can only shake our heads in amazement that the flame of love could burn so brightly in that “place of horror.”

3. The Cross Sets the Standard
The examples of the saints challenge us. They don’t give us a “superhuman” example, but rather the testimony of what men and women are capable of doing when they allow the grace of God to work in their souls. We, too, have many occasions when we are called to live a higher degree of virtue, but so often we cut ourselves a little too much slack. When Peter asked about a seven-fold forgiveness, he was being quite generous. But the “seventy-seven times” that Jesus speaks about is measured against the Cross, the symbol of the Lord’s infinite love and forgiveness. Saints like Kolbe understood this. Let’s try to imitate it today, in ways both big and small.

Conversation with Christ:
Lord Jesus, I can only be amazed at your work through the soul of St. Maximilian Kolbe. You enabled him to lay down his life for another, in imitation of your own self-sacrificing love. Help me to embrace the same path of love and forgiveness.

Resolution:
I will immediately forgive any wrongs I suffer today, and I will try to sacrifice myself in a hidden way for someone else.