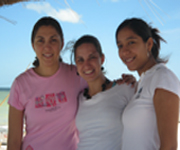 Young people are not a singular mass, and ministry to them must reflect their diversity, Cardinal Daniel DiNardo of Galveston-Houston told his fellow U.S. bishops Monday as they discussed the upcoming synod.

From a wide-ranging consultation process in the US, “what we learned and what was reinforced was that the 'youth', people ages 16-29, is comprised of several different groups, including high school youth, college students, and young adults” of diverse ethnic groups and cultures, and thus “ministry with these age groups is unique and should not be lumped together.”

Cardinal DiNardo, who is president of the U.S. Conference of Catholic Bishops, underscored that it is important to bring this message to Rome for the Synod on Young People, the Faith, and Vocational Discernment next year, noting the importance of adapting the synod's findings to local circumstances.

He thanked the more than 100 dioceses and 25 Catholic organizations which helped respond to the consultation process, and in particular Archbishop Charles Chaput of Philadelphia and Cardinal Joseph Tobin of Newark, who will attend the synod.

Archbishop Chaput and Cardinal Tobin will also be identifying and preparing three young adults who will travel to Rome to attend a pre-synod gathering meant to help the synod in its work.

Young people “want to be listened to” amid their struggles, he said. They “want to be invited to lead” and are also seeking “mentorship and spiritual direction, looking for support in time of transition.”

Many youth reported that they “don't know where to go to mentorship and spiritual direction” and “for many, the Church is not there for them at critical moments of transition in their lives.”

Cardinal DiNardo also pointed to the Church's struggle to connect with the “nones,” those who do not identify with any religious tradition.

Mental health and challenging immigration laws are particular concerns for minority communities, he said, including Native American youth. There is an unfortunate lack of “intercultural competency” in accompanying young people in these challenges, he said.

There are “many positive and encouraging signs with primary and secondary youth considering priesthood and religious life,” the cardinal reported, but there are greater challenges in connecting with college students.

“More work needs to be done in promoting vocations to religious and holy life, and the universal call to holiness,” he emphasized.

There are great leaders in youth ministry who are “ doing incredible things for young people with few resources,” and he commended the “dedication and energy of so many faithful leaders.”

Nevertheless, there are “untapped opportunities that exist to connect people to a relationship with Christ” and to help them find their vocation.

He concluded saying that “we can be hopeful this synod will bear much fruit” and that the feedback from American youth will be of help to the Holy See. He also noted that the Vatican is continuing to solicit responses from young people through Nov. 30.

Following Cardinal DiNardo's address, Cardinal William Levada, prefect emeritus of the Congregation for the Doctrine of the Faith, noted that he observed a lacuna in the preparatory document issued by the synod secretariat: that the “nones” demonstrate an increasing level of ignorance of the faith.

Cardinal DiNardo responded that both young people and those who minister to them had noted this same problem in their responses to the consultation, and that their reports have been delivered to the synod.

Archbishop Allen Vigneron of Detroit added that the U.S. bishops' doctrine committee agrees that sound teaching is key and that “we need to make a good case for the reasonableness of the Church's teaching.” The doctrine committee has taken up the issue and endorsed Cardinal Levada's concerns, he said.