Daily Gospel
Liturgical Cycle A
Love the Ones You're With
Mark 12:18-27, Wednesday of the Ninth Week in Ordinary Time . Cycle A 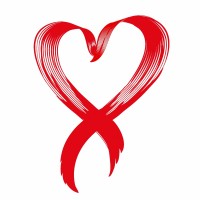 Some Sadducees, who say there is no resurrection, came to Jesus and put this question to him, saying, "Teacher, Moses wrote for us, If someone's brother dies, leaving a wife but no child, his brother must take the wife and raise up descendants for his brother. Now there were seven brothers. The first married a woman and died, leaving no descendants. So the second married her and died, leaving no descendants, and the third likewise. And the seven left no descendants. Last of all the woman also died. At the resurrection when they arise whose wife will she be? For all seven had been married to her." Jesus said to them, "Are you not misled because you do not know the scriptures or the power of God? When they rise from the dead, they neither marry nor are given in marriage, but they are like the angels in heaven. As for the dead being raised, have you not read in the Book of Moses, in the passage about the bush, how God told him, I am the God of Abraham, the God of Isaac, and the God of Jacob? He is not God of the dead but of the living. You are greatly misled."

Petition: Lord, let me imitate you better in my dealings with my loved ones.

1. If We Only Understood the Power of God: We can be like the Sadducees. It's not that we deny the resurrection of the dead. But we can live as if we don't believe in the power of God. A rash of bad news can leave us on the verge of despair. We might ask: What's the use? Evil seems to be winning on all sides. Families are breaking down. Pornography is rife. Materialism is rampant. Yet, the Almighty remains in charge. "Evil does not have the last word in the world," said Pope-Emeritus Benedict XVI on Dec. 22, 2005. We Christians are called to be witnesses to hope and joy. Does our life radiate joy? If not, why not?

2. Reading the Scriptures: The study of Scripture is, as it were, the "soul of sacred theology," says Vatican II (see Dei Verbum, 24). Our Lord, in effect, tells the Sadducees: "Because you don't know Scripture, you don't know me. You don't know what I'm about ― my message of mercy, my call to repentance, my invitation to seek out the lost sheep." So many of Christ's supposed followers spend their time criticizing the Church, the hierarchy, the parish and the school. They forget that Christ calls them to build up, not to tear down. If only they knew him better in Scripture. Where do I spend most of my energy day by day? Building up the Church and the community? Or nitpicking at the faults of its members?

3. Like the Angels in Heaven: Marriage is beautiful. It is a sacrament ― and an icon, so to speak, of the inner life of the Trinity. But it can bring only a relative happiness, at best. Its more transcendent goal is to lead spouses to heaven. In this world, expecting too much of a spouse (or anyone, for that matter) courts disappointment. Humans have weaknesses. Yet, they have their greatness, too. Could not that spouse, that family member, that colleague, be saints despite their flaws? Do we see those around us as potential saints? Do we encourage them in their path?

Conversation with Christ: Lord, help me see the greatness in people, their good qualities and their potential to be apostles. Let me see, too, how I can help them along the path to holiness.

Resolution: Today I will compliment someone on a genuine virtue they possess