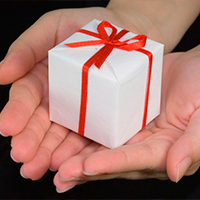 Jesus said to the chief priests and the elders of the people: "Hear another parable. There was a landowner who planted a vineyard, put a hedge around it, dug a wine press in it, and built a tower. Then he leased it to tenants and went on a journey. When vintage time drew near, he sent his servants to the tenants to obtain his produce. But the tenants seized the servants and one they beat, another they killed, and a third they stoned. Again, he sent other servants, more numerous than the first ones, but they treated them in the same way. Finally, he sent his son to them, thinking, 'they will respect my son.' But when the tenants saw the son, they said to one another, 'This is the heir. Come, let us kill him and acquire his inheritance.' They seized him, threw him out of the vineyard, and killed him. What will the owner of the vineyard do to those tenants when he comes?" They answered him, "He will put those wretched men to a wretched death and lease his vineyard to other tenants who will give him the produce at the proper times.” Jesus said to them, "Did you never read in the scriptures: 'The stone that the builders rejected has become the cornerstone; by the Lord has this been done, and it is wonderful in our eyes'? Therefore, I say to you, the kingdom of God will be taken away from you and given to a people that will produce its fruit." When the chief priests and the Pharisees heard his parables, they knew that he was speaking about them. And although they were attempting to arrest him, they feared the crowds, for they regarded him as a prophet.

Introductory Prayer: Lord, though I cannot see you with my eyes, I believe you are present to me now, in my innermost being, and that you know me far better than I know myself. I also know that you love me much more than I love my own self. Thank you for loving and watching over me, though I don’t deserve your love. In return, I offer you my sorrow for my sins and my hopes to love you more each day.

Petition: Sanctify me in my work, Lord. May it bring me closer to you.

1. God Entrusts Us with What He Values: It’s one thing to purchase an already functional property. It’s quite another thing to purchase a rundown property and fix it up yourself. Once tidied up, the latter is worth much more to you. It has become the fruit of your sweat and blood. It is not simply a possession; it is a part of you. In today’s Gospel, the landowner purchased the land and did the work himself to set up the vineyard before he handed it over to the tenants. When he entrusted it to them, he was not simply looking for a profit, but for someone to manage his vineyard. He valued it greatly, greatly enough to risk the life of his son. Christ has established his vineyard—the Church—and put it into our hands. Christ pays us the compliment of entrusting us with his work, with what he values. He not only gives us a job to do, but mysteriously puts the eternal salvation of other souls in our hands.

2. He Is Patient with Our Failures: The landowner did not stay around to supervise the tenants tightly. He did not even lay down rules or specify methods of cultivation. The master left the tenants to do their job as they saw fit.  God is not a tyrannical taskmaster. He knows that laboring in his vineyard is hard work. At harvest time the master sent messenger after messenger. He did not become irate or condemn the tenants after one messenger had been abused and another mistreated. Rather, he sends them his son:  he does everything possible to bear with their egotism and inspire them with his understanding and generosity.

3. God Is Equally Repulsed by Our Inactivity as with Our Iniquity: “Because you are neither hot nor cold, I will spit you out of my mouth” (Revelation 3:15). The graver sin for the Pharisees was not what they decided, but rather their selfish and blind sterility in choosing not to decide. When Christ levies the sentence against the Pharisees, he does not say, “Therefore I tell you, the kingdom of God will be taken away from you and given to a people that respects life” (as serious as this is); rather, he chides them for not producing fruit. Note that the sentence is essentially equally severe: the one offense takes life, the other refuses to give it.

Conversation with Christ: Lord Jesus, your hands knew human labor, and you sanctified your life and the lives of those around you through your toil. Help me to see the virtue you teach. Help me to return all my talents to you by the work of my hands and mind. I want to be your working apostle.

Resolution: I will accomplish today an apostolic task that I have been putting off.