Beyond which point have we lost the value of life
Why does it appear like we prefer to put animals above humans? 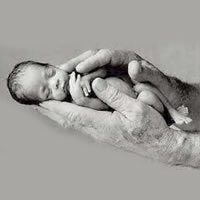 “I absolutely don´t go out to watch little animals suffer, instead of that I better stay home”, a person said when asked what he was doing on the weekend. Honestly, it´s a good theme to reflect. I´m not if favor of animal suffering, no way, they´re are living creatures and they depend on human to survive, in case of house animals, or the wild animals coexist with different species so the world can maintain its balance. As creatures made by God, they have an important role in the Creation, and it´s our duty to keep them safe from violence.

However, we´ve lost sight that it´s irrational beings who cannot be equated with human beings, because we have will and understanding. We have the ability to distinguish right from wrong, to decide what to do with our lives and to answer for our actions, therefore, what we call "rights" of animals could not be applied, and it is necessary to point when we talk about law, we refer to a set of rules and responsibilities governing social coexistence, which aims to provide all members of society in minimum security, certainty, equality, freedom and justice.

Of course, any living being must be protected. Which brings me to the following thought: why does it seem that we increasingly put the animals over humans? And I think we have realized it. Some days ago it was announced with great fanfare the creation of the first hospital for dogs in Mexico City, while Social Security is suffering one of the worst crises in its history, forcing the beneficiaries to buy their drugs externally. Some people are horrified with bullfighting but they doesn´t react when knowing that abortion wants to be legalize in many states of the Republic. Others feel helpless when they find abuses endangered species and to gather signatures to stop them but are not interested in children dying of hunger and cold in unfortunate places.

Our values ​​have changed, the marketing has convinced us that human relationships are disposable and that what is most important is the pleasure for pleasure. Nobody wants to suffer, but no matter if for welfare you must run over the wishes of others. We want to have but don´t want give. We are sensitive when problems affect us directly, but if it is alien to our convenience we acted negligently.

Death and destruction are sown daily in the world but it doesn´t affect us, what is happening to us? We must be sensitive to the pain of others and try to help each other. Consider that we all get touch by misfortune, because we live in a ferry wheel, sometimes we're up and sometimes we aren´t, think about what will be worth more for times of misfortune, we don´t always have everything you need to live, perhaps in one of many turns of life that God let us touch the catastrophe to shake our hard hearts, and then we will want to have someone who will take pity on us and help us out of the doldrums. What you sow, you reap; as the Scripture says: Everything you would want from others, you with them (Matthew 7:12) do it.

Pope Francis, during the Angelus on Sunday, March 6, referred to the senseless violence that exists in Yemen, where two days before four missionaries of Charity were killed, founded by Mother Teresa of Calcutta. They are attending religious elders when they were victims of the attack. The Pope said with pain:

“I express my heartfelt closeness to the Missionaries of Charity for the serious mourning that hit two days ago with the murder of four nuns in Aden, Yemen, where they attended elderly. I pray for them and for the others killed in the attack and their relatives. These are the martyrs of today. And this isn´t headline in the newspapers it's not news! These martyrs who gave their blood for the Church are victims of their murderers and the indifference. This globalization of indifference. It doesn´t matter. Mother Teresa is in heaven to accompany his daughters, these martyrs of charity, and intercede for peace and sacred respect for human life.

Human life is fragile and needs our care, but it´s essential that we stablish our values, ​​and understand that the most sacred in the world is the life of a person, regardless of whether it´s hardly the size of a pinhead or He has a hundred years. It urges introduce to children, adolescents and young people who think they can play with their bodies without consequences, because the day they face the problems of pregnancy, illness, addiction or an accident they won´t realize that it´s the result of a wrong decision taken by them, that maybe they didn´t have to put their limits and form them as persons and children of God. Someone who gives fair value to human life will know to respect the existence of other species. So, from beginning to end we must defend life and all its cycles, because if we don´t understand that is the only thing that deserves to be preserved, we are doomed to disappear.