Amoris Laetitia. The confirmation of the rule by using the exception 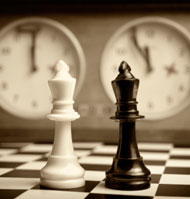 The ones who addressed the faith apart from the requirement to seek perfection, according to pointing the mandate of Jesus Christ, leave one of the essences of Christianity. Then the boundary where this perfection lies depends on each and every circumstances in which they are immersed. But that requirement must accompany until the end because if not, faith becomes a kind of continuous transaction with the passions of the world; ceases to be faith.

This principle prays, of course, for reading and interpretation of Laetitia Amoris, which presents the first path of perfection in the family, and also addresses how to approach those scenarios where the Catholic foundation of marriage has been formally destroyed. This is the order and not vice versa, and less just consider only the latter. I say this because reading and watching the media, it would seem as if the Pope had written a text for divorced: "to correct the course of the Church", and is not like that in an obvious and evident way. Now, how many journalists have been reading more than 300 points before writing the chronicle of urgency? How many of them know the Christian reference frame in which are inserted? Section most attended by the media, of the nine containing the text, namely the eighth chapter: Accompany, Discern, and integrate Fragility [291-312] what this is really about is of care precisely as the process that leads to faith lived fully, seeking Christian perfection in their family life.

The method for doing this is not random, nor is marked by subjectivity. It´s about the Exhortation, the so-called "law of gradualness" of consciousness, which proposed John Paul II, that states that man "knows, loves and accomplishes moral good by stages of growth" (295). And the text warns, "isn´t a gradual sense of law" but  gradual in the reasonable exercise of free events in subjects who are unable either to understand, assess or fully practice the objective requirements of the law. Because the law is also God's gift that shows the way, a gift for everyone without exception, that you can live with the power of grace, though every human being "advances gradually with the progressive integration of the gifts of God" (324). We must avoid judgments that don´t take into account the complexity of the various situations, and we must be attentive to the way in which people... (297) No one shall be condemned forever, because that isn´t the logic of the Gospel. Because that´s the logic of constriction, forgiveness and reconciliation. Is "Go away, nobody accuses you ... but sin no more" Having said that, he says, obviously if someone holds a sin goal as if it were part of the Christian ideal, or wants to impose something different from what the Church teaches, cannot pretend to give catechesis or pretend to preach, and in that sense there is something that separates it from the community (cf. Mt 18:17). You need to hear the Gospel and the invitation to conversion.

This issue is critical in their correct comprehension. It´s that people who for unwanted reasons or circumstances that exceeded, have seen broken their Catholic marriage, and have formed a new family. They understand that it´s not now that "they were right," but that the Church offers them a path suited to their circumstances, discernment that should follow conversion. Not so much to adopt different relationships to marriage, but how to discern in each case as may follow the path of perfection. For example, "The Church recognizes situations that" when man and woman, for serious reasons, such as, for example, the children's upbringing cannot satisfy the obligation of separation". (329) or of "those who have contracted a second union for the education of children, and are sometimes subjectively certain in conscience that their previous marriage, irreparably destroyed, had never been valid." (330) all that said, the text states emphatically that it should be clear that this isn´t the ideal that the Gospel proposes for marriage and family. Since in the same law no gradualness (cf.Familiaris Consortio, 34), this insight can never put aside the demands of truth and charity proposed by the Gospel of Church.

For this to happen, the conditions of humility, reserve, love for the Church and her teaching, in the sincere search for the will of God and the desire for a more perfect answer must be guaranteed.

In short, one should not confuse the practical discernment, the result of the specific casuistry of a person, or a couple, with the standard, elevating him to that level. So he warns: "That which is part of a practical insight to a particular situation cannot be elevated to the status of a standard. This would not only lead to an unbearable casuistry, it would jeopardize the values ​​that should be preserved with special care. “(348)

Or if you want, in other words: the exception is no other rule, on the contrary, confirms that there it exists.