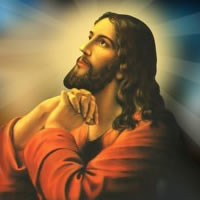 1) Opening Prayer
Father,
guide and protector of your people,
grant us an unfailing respect for your name,
and keep us always in your love.
We ask this through our Lord Jesus Christ, your Son,
who lives and reigns with you and the Holy Spirit,
on God, for ever and ever. Amen.


2) Gospel Reading - Matthew 8,18-22
When Jesus saw the crowd all about him he gave orders to leave for the other side. One of the scribes then came up and said to him, 'Master, I will follow you wherever you go.' Jesus said, 'Foxes have holes and the birds of the air have nests, but the Son of man has nowhere to lay his head.'
Another man, one of the disciples, said to him, 'Lord, let me go and bury my father first.' But Jesus said, 'Follow me, and leave the dead to bury their dead.'

3) Reflection
• From the 10th to the 12th week of Ordinary Time, we have meditated on chapters 5 to 8 of the Gospel of Matthew. Following the meditation of chapter 8, today’s Gospel presents the conditions of the following of Jesus. Jesus decides to go to the other side of the lake, and a person asks to follow him (Mt 8, 18-22).
• Matthew 8, 18: Jesus orders to go to the other side of the lake. He had accepted and cured all the sick whom people had brought to him (Mt 8, 16). Many people were around him. Seeing that crowd, Jesus decides to go to the other side of the lake. In Mark’s Gospel, from which Matthew takes a great part of his information, the context is diverse. Jesus had just finished the discourse of the parables (Mk 4, 3-34) and said: “Let us go to the other side!” (Mk 4, 35), and, once on the boat from where he had pronounced the discourse (cf. Mk 4, 1-2), the disciples took him to the other side. Jesus was so tired that he went to sleep on a cushion (Mc 4, 38).
• Matthew 8, 19: A doctor of the Law wants to follow Jesus. At the moment in which Jesus decides to cross the lake, a doctor of the law came to him and said: “Master I will follow you wherever you go”. A parallel text in Luke (Lk 9, 57-62) treats the same theme but in a slightly diverse way. According to Luke, Jesus had decided to go to Jerusalem where he would have been condemned and killed. In going toward Jerusalem, he entered the territory of Samaria (Lk
9, 51-52), where three persons ask to follow him (Lk 9, 57.59.61). In Matthew’s Gospel, who writes for the converted Jews, the person who wants to follow Jesus is a doctor of the law. Matthew insists on the fact that an authority of the Jews recognizes the value of Jesus and asks to follow him, to be one of his disciples. In Luke, who writes for the converted pagans, the persons who want to follow Jesus are Samaritans. Luke stresses the ecumenical openness of Jesus who accepts also the non Jews to be his disciples.
• Matthew 8, 20: The response of Jesus to the doctor of the law. The response of Jesus is identical both in Matthew and in Luke, and it is a very demanding response which leaves no doubts: “Foxes have holes and the birds of the air have nests but the son of Man has nowhere to lay his head”. Anyone who wants to be a disciple of Jesus has to know what he is doing. He should examine the exigencies and estimate well, before taking a decision (Lk 14, 28-32). “So in the same way none of you can be my disciple without giving up all that he owns”. (Lk 14, 33).
• Matthew 8, 21: A disciple asks to go and bury his father. Immediately, one who was already a disciple asks him permission to go and bury his deceased father: “Lord, let me go and bury my father first”. In other words, he asks Jesus to delay crossing the lake for later after the burial of his father. To bury one’s parents was a sacred duty for the sons (cf. Tb 4, 3-4).
• Matthew 8, 22: The answer of Jesus. Once again the response of Jesus is very demanding. Jesus does not delay his trip over to the other side of the lake and says to the disciple: “Follow me, and leave the dead to bury their dead”. When Elijah called Elisha, he allows him to greet his relatives (1K 19, 20). Jesus is much more demanding. In order to understand all the significance and importance of the response of Jesus it is well to remember that the expression Leave the dead to bury their dead was a popular proverb used by the people to indicate that it is not necessary to spend energies in things which have no future and which have nothing to do with life. Such a proverb should not be taken literally. It is necessary to consider the objective with which it is being used. Thus, in our case, by means of the proverb Jesus stresses the radical exigency of the new life to which he calls and which demands to abandon everything to follow Jesus. It describes the exigencies of following of Jesus. To follow Jesus. Like the rabbi of that time Jesus gathers his disciples . All of them “follow Jesus” To follow was the term which was used to indicate the relationship between the disciple and the master. For the first Christians, to follow Jesus, meant three very important things bound together: a) To imitate the example of the Master: Jesus was the model to be imitated and to recreate in the life of the disciple (Jn 13, 13-15). Living together daily allowed for a constant confrontation. In “Jesus’ School” only one subject was taught: The Kingdom and this Kingdom is recognized in the life and practice of Jesus. b) To participate in the destiny of the Master: Anyone who followed Jesus should commit himself like he to be with him in his privations (Lk 22, 28), including in persecutions (Mt 10, 24-25) and on the Cross (Lk 14, 27). He should be ready to die with him (Jn 11, 16). c) To bear within us the life of Jesus: After Easter, the light of the Resurrection, the following took on a third dimension: "It is no longer I who lives, but Christ lives in me" (Ga 2, 20). It is a question of the mystical dimension of the following, fruit of the action of the Spirit. The Christians tried to follow in their life the path of Jesus who had died in defence of life and rose from the dead thanks to the power of God. (Ph 3, 10-11).

4) Personal Questions
• To be a disciple of Jesus. to follow Jesus. How am I living the following of Jesus?
• The foxes have their lairs and the birds of heaven their nests, but the son of man has nowhere to lay his head. How can we live today this exigency of Jesus?

5) Concluding Prayer
Fix your gaze on Yahweh and your face will grow bright,
you will never hang your head in shame.
A pauper calls out and Yahweh hears,
saves him from all his troubles. (Ps 34, 5-6)