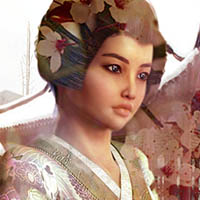 Roman Martyrology: In Kaiyang in Mianyang prefecture of Sichuan province in China, Saint Lucy Yi Zhenmei, virgin and martyr, who was condemned to beheading for her confession of the Catholic Faith.

St. Lucy Yi Zhenmei was a Chinese Roman Catholic saint from Mianyang in Sichuan, China. She was born on December 9, 1815, and was the youngest member in her family.

Lucy was a very pious child, to the extent that she made a commitment to chastity at 12 years of age.

As she matured she developed a love for reading and study. At age 20, in the midst of her higher education she grew very ill. After her recovery Lucy took her spiritual life still more seriously. She devoted herself to the discipline of prayer with great devotion, assuming a way of life much like that of a religious while continuing to assist in the support her family. Her mother taught her how to spin, which also became part of her daily life.

After her father died, she lived with her brother and mother, using part of her leisure time to teach the faith to children nearby. The parish priest, who asked her to teach at the school in Mianyang, noticed her devotion and reliable knowledge of her faith. After four years, her brother went to Chongqing to practice medicine, and Lucy and her mother moved with him. In Chongquing, the priest also asked her to help teach the women in the parish. When she was offered money for her work, she refused to take it and offered her work to God.

A few years later, her brother moved back to Guiyang, during which time her mother died. Full of enthusiasm for spreading the Gospel, she went on doing missionary work. However, for her own safety she decided to stay at the convent of lay virgins. Shortly after, her failing health forced her to move back home again. In 1861, Bishop Hu asked her to teach once more at the convent. In spite of opposition from relatives, she returned to work there.

In 1862, she went with Fr. Wen Nair to open a mission in Jiashanlong, but just then the administrator of Guizhou Province, Tian Xingshu, began to stir up hatred against Christians, which the local magistrate supported. As a result, Zhang TienShen, Wu ShueSheng, Chen XianHeng and Father Wen were all imprisoned and sentenced to death without a formal trial. On February 18, the day of their execution, they met Yi ZhenMei on the road. She was also jailed and put on trial that very day and sentenced to death, because she refused to renounce her faith. The following day at noon, February 19, 1862, she was beheaded. Brave believers took the bodies of all five martyrs to the Liuchonnguan seminary grounds for burial.

Pope John Paul II canonized St. ZhenMei Lucy Yi and her companions, the Martyr Saints of China on October 1, 2000. Her feast day is celebrated on 19 February in the Roman Catholic Church.