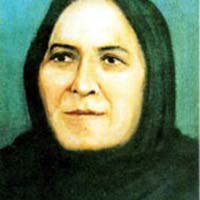 Foundress of the "Jesus, Mary and Joseph’ Sisters"

Roman martyrology: At Casalmedinho, Portugal, Blessed Rita Amada was a virgin and foundress.

Born on March 5, 1848 at Casalmedinho, Ribafeita, diocese of Viseu, Portugal. Daughter of Manuel Lopes and Josefa de Jesus Almeida. Hers was a pious family, reading and praying the rosary together every evening. She grew up in a time when Portugese Freemasons, with government support, were in open conflict with the Church. Churches and property were seized, religious houses closed, clergy attacked, and religious orders forbidden to accept new members. Rita felt a call to religious life and missionary work, but the suppression of the Church limited her chances; she was able to spend some time with some Benedictine Sisters at Viseu City, who taught her a lot about their way of life. Instead of travelling to the foreign missions, she began travelling from parish to parish, praying, teaching the rosary, and encouraging ordinary people to make the Church a key part of their life. Many returned to the faith and supported her, several young men proposed to her (which she rejected), and many other people opposed her, some threatening to kill her. She developed a great devotion to the Sacred Heart of Jesus, and a great desire to save souls.

At age 29 she entered the only religious institute still functioning in Portugal, the Sisters of Charity at Oporto, but did not find it fulfilling, and left. She felt a call to care for single mothers and their children, and with the help of a wealthy noble family in her home town, she obtained a house to start the work. On 24 September 1880 she founded the Sisters of Jesus, Mary and Joseph to help with this ministry. She started a school for poor children in her parish and soon opened several more across the country, staffed by the Sisters. Local authorities, hostile to Church, opposed the schools, and in some cases demanded that they close. In 1910 rebels drove out the monarchy, established a republic, and began a concerted persecution of the Church. All Church property was confiscated, all foreign religious houses left the country, and parochial schools were closed. Rita, some of her sisters, and some of the children in their care disguised themselves as gypsies, and moved back with her parents for safety. Her old home became her new base of operations; she gathered her scattered sisters, and taught local children in the house. In a move that kept the Sisters going, nearly all of them went to Brazil to teach the poor and spread the faith.

Mother Rita did not reach Brazil. But God gave her great joy and peace when she received good news from her sisters working already in Brazil. She saw all this as God’s work.
And with this great joy in her heart, God took her to Himself on the night of the 6th of   January 1913, bathed in the reflected glory of sanctity.

Her funeral was celebrated by the Vicar General of Viseu Diocese, in her own parish. This celebration was a thanksgiving to God for what He did through Rita and with Rita’s collaboration.