Mark 12:1-12. Jesus began to speak to the chief priests, the scribes, and the elders in parables. 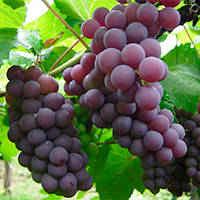 Holy Gospel of Jesus Christ according to Saint Mark 12:1-12.
Jesus began to speak to the chief priests, the scribes, and the elders in parables. «A man planted a vineyard, put a hedge around it, dug a wine press, and built a tower. Then he leased it to tenant farmers and left on a journey. At the proper time he sent a servant to the tenants to obtain from them some of the produce of the vineyard. But they seized him, beat him, and sent him away empty-handed. Again he sent them another servant. And that one they beat over the head and treated shamefully. He sent yet another whom they killed. So, too, many others; some they beat, others they killed. He had one other to send, a beloved son. He sent him to them last of all, thinking, 'They will respect my son.' But those tenants said to one another, 'This is the heir. Come, let us kill him, and the inheritance will be ours.' So they seized him and killed him, and threw him out of the vineyard. What (then) will the owner of the vineyard do? He will come, put the tenants to death, and give the vineyard to others. Have you not read this scripture passage: 'The stone that the builders rejected has become the cornerstone;by the Lord has this been done, and it is wonderful in our eyes'?" They were seeking to arrest him, but they feared the crowd, for they realized that he had addressed the parable to them. So they left him and went away.

Introductory Prayer:
Lord, I come before you humbly. As one who has frequently fallen into sin, I am aware of my weakness. Your great love, though, assures me that your grace can keep me on the path to holiness.

Petition:
Lord, let me be open to you and your messages.

1. Stand Corrected:
Being corrected hurts. Being corrected in public hurts even more. And having one's whole way of life corrected — well, that really stings. And so it must have been for the group of leaders who approached Jesus. Our Lord, in a not-so-subtle way, tells them that they are wrong. Wrong about their self-righteousness, wrong about their narrow reading of Scripture, and wrong about how they think God works in the world. This blinded them to the Son of God when he came among them. We like to think we would have been different ― we would not have rejected Jesus, we tell ourselves. Are we so sure? Aren't we really like the leaders of Jesus' time when we fail to listen to his agents ― a bishop, a parish priest, a legitimate superior? Have I said no to Christ lately?

2. "Another Servant":
God doesn't give up on us after one try. He often sends a number of messengers into our lives, to draw us closer to him. Such is the illogic of a Father's love. Where do we miss the clues that God sends us? It could be in something a child says; a line from a homily; an e-mail from a friend in crisis ― these are the ordinary means God uses to reach out to us. Old Testament prophets faced rejection by the people of God. Have things changed much? Could I be turning a deaf ear to a prophet?

3. "This Is the Heir":
The tenant farmers don't seem very bright. They murder the son in order to get his inheritance. What father would give an inheritance to someone who killed his son? It doesn't make sense. Then again, sin doesn't make sense either. Many times we reject Christ in our life and then wonder why our prayers to God the Father go (seemingly) unanswered. What could we be thinking? How often do I offer up a sacrifice or an act of charity for a prayer intention?

Conversation with Christ:
Let me live up to the demands of my faith, Lord. Let me realize that my dignity as a Christian demands that I try to live a life worthy of my baptism ― that I not be satisfied living like everyone else.

Resolution:
I will offer up a decade of a rosary for a family member who is far from the faith.