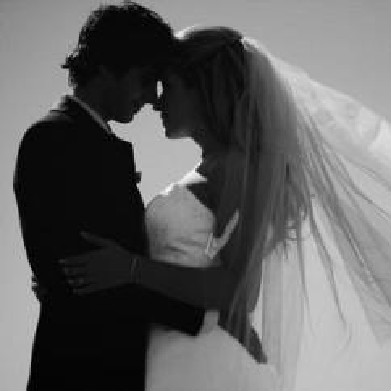 Please note that the words “fight” and “fighting fair” are used below to mean expressing one’s disagreement or anger to another constructively. At no time should physical harm be considered “fighting fair.”

1    Know your own feelings. Seek to grow in self-awareness. Being in touch with your own true feelings is essential before you can constructively handle anger or conflict.

2    Anger is an emotion – neither right nor wrong in itself. There is no morality to feelings. Try to understand what prompted the feeling. Morality comes into play when you take a destructive action as a result of a feeling.

3    Negotiation and compromise are essential in any marriage. During a calm, clear moment agree that neither partner should “win” a fight. If one wins, the other loses and builds resentment. In effect, both have then lost because the relationship is damaged. Even when one spouse is wrong, permit him or her salvage self-respect.

4    Cooling-off periods. Establish ground rules that permit either partner to “cool off” before trying to resolve anger. It may be necessary to walk or engage in some other physical activity in order to allow anger to dissipate. Such a period can allow a spouse to identify the issue more clearly and organize his or her thoughts, thus keeping the fight more on focus.

6    Fight by mutual consent. Don’t insist on a fight when your spouse is tired or unable to handle the strain. A fair fight requires two ready participants.

7    Stick to the subject. When a number of issues seem to be accumulating, present them one at a time. If you have not resolved past issues, put them on a current or future agenda. Make sure both of you go beyond skirmishing, insult rituals, or angry displays. Shooting broadside like a roaring cannon prevents resolution.

8    State the issue honestly and clearly. Don’t simply say, “I’m hurt by the way you don’t show me respect.” Rather, be clear and specific as in, “I felt hurt when you said…or when your tone of voice sounds condescending toward me.”

9    Don’t camouflage. Don’t evade a deeper grievance by allowing your feelings to center only on less important or extraneous issues. “The potatoes are too salty tonight!” might be a minor irritant that covers the unspoken, “I don’t think that you understand all the pressure I’m under at work!”

10    Afraid to fight? If one of you feels afraid to fight, this should not evoke a put down but rather may be a fear of being hurt or rejected. Put the fear on the agenda for later discussion.

11    Don’t hit below the belt. Everyone has vulnerable areas. Don’t use your confidential knowledge of your partner’s weaknesses and sensitivities to hurt him/her.

12    Don’t label. Avoid telling your spouse that he/she is neurotic, depressing, or a bore. Rather, try, “I’m tense inside, honey, because you seem moody and depressed. I’d like us to talk about it.”

13    Grant equal time. Agree that no resolution of an issue can be presumed until each partner has had the chance to express his/her feelings, ideas, and information.

14    Feedback and clarification. If the fight is emotional and heated, slow it down by starting a “feedback loop.” One technique is to paraphrase back to your spouse what your heard. For example, “Honey, what I hear you saying is that I’m boring you because I have no outside interest. Is that right?” The other then responds by either confirming the accuracy of your statement or clarifying it.

15    Gain new understanding. Extract enough new information and insight from a fight to permit growth. Don’t waste a good fight by not learning from it.

16    Implement changes. Follow anger with a fair, firm, clear request for a change or improvement in whatever brought on the fight. Each partner must be clear as to what he/she agrees to modify or improve. Be specific and realistic. For example, it would be agreed that whenever the husband seemed tense, the wife would encourage him to tell her about it, instead of their old pattern of both keeping silent.

18    Keep your fights to yourself. Exceptions would be when more serious problems suggest the need for a counselor. Good counseling is like medicine – it helps do what you might not be able to do alone.

20    Don’t attempt to resolve a conflict when drinking heavily.

21    “Touch” can begin dialogue. Use touch to help your spouse make the “entry” or “re-entry” into a communicative mood. A foot reaching over in bed, a hand on the shoulder can say eloquently, “Honey, one of us needs to begin the dialogue. I’m willing to start.”

22    Exclude violence. Agree in advance that real violence is always ruled out.

23    Is the problem elsewhere? Determine through honest inner searching whether your anger lies primarily (or only secondarily) within the marriage relationship. Spouses might be struggling with poor health, role insecurities at work, fear of death, anxiety about the future, or other unresolved issues. It can be reassuring when a couple realizes that their relationship may not always be the principle problem, even though the real problem still causes anguish.

24    Respect crying. Crying is a valid response to how we feel. Do not, however, let crying sidetrack from getting to the real issue causing the conflict.

25    Prayer as strength. Major religions view marriage as sacred and prayer as a vital strength. While human behavior principles must not be neglected in learning how to handle conflict constructively, neither should couples neglect the religious resources of their faith in working out their problems.