Daily Gospel
Liturgical Cycle B
From Heaven or Earth?
Saturday of the Eighth Week in Ordinary Time 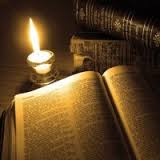 Holy Gospel of Jesus Christ according to Saint Mark 11:27-33.
Jesus and his disciples returned once more to Jerusalem. As he was walking in the temple area, the chief priests, the scribes, and the elders approached him and said to him, "By what authority are you doing these things? Or who gave you this authority to do them?" Jesus said to them, "I shall ask you one question. Answer me, and I will tell you by what authority I do these things. Was John's baptism of heavenly or of human origin? Answer me." They discussed this among themselves and said, "If we say, 'Of heavenly origin,' he will say, '(Then) why did you not believe him?' But shall we say, 'Of human origin'?"--they feared the crowd, for they all thought John really was a prophet. So they said to Jesus in reply, "We do not know." Then Jesus said to them, "Neither shall I tell you by what authority I do these things."

Introductory Prayer:
Once again, Lord, I come to you to pray. Even though I cannot see you, I trust that you are present and want very much to instruct me in your teachings. In the same way you demonstrate your love for me by spending this time with me, I want to express my love for you by dedicating this time to you with a spirit of faith, confidence and attention. Here I am, Lord, to listen to you and respond with love.

Petition:
Jesus, grant me true sincerity and uprightness of life.

1. The Day After:
It was the day after Jesus had caused an uproar in the Temple at Jerusalem, the like of which had not been seen for a long time. Jesus had overturned the moneychangers' tables and driven out the animals. Anyone else would surely have landed in prison, but this was Christ, and his hour had not yet come. Still the chief priests and scribes are looking for an explanation –– or better an excuse –– to accuse Jesus. He shrewdly answers their inquiry with a question that they cannot answer for fear of revealing their insincerity before the crowds. How this insincerity on the part of the scribes and Pharisees offended Our Lord! He would not speak to them plainly because their purpose was to twist his words. Do I detest insincerity as well? Do I find traces of dishonesty in my own life? Am I more concerned about what others think or about what Christ thinks?

2. Why Did You Not Believe in Him?
Jesus did not say these words, but they knew he could have. Their troubled consciences were aware it would have been a fitting accusation. Why had they not believed in the precursor of the Lord? Was it not for the same reasons that they would not believe in the Lord himself? John the Baptist had called them on their insincerity. They went to receive his baptism of repentance, but they did not really mean to amend their lives. Would Jesus have to reproach me for any insincerity? Do I ever go to receive the sacrament of penance without a real desire to change my life? Or do I avoid confession altogether because I really don't see anything in my behavior that needs to change?

3. We Do Not Know:
This is certainly not the first or the last time that ignorance is pleaded to avoid the consequences of the truth, but this kind of ignorance is clearly culpable. The speakers were not uneducated men, but rather the leaders of God's people, responsible for guiding them along the way of God's covenant. While it was generally accepted that John the Baptist had been a great prophet who stirred sinners to repentance with his preaching and example of austerity, the Jewish authorities were unwilling to accept that anyone besides themselves could claim any authority in God's name. Truly they did know, but they were unwilling to accept the truth. Do I ever lean on ignorance in plowing forward with some action that I'm not sure is quite right?

Conversation with Christ:
Lord Jesus, at times I know what your will for me is, but it costs me greatly to put it into practice. Sometimes I am too worried about what others think and say, or I am afraid of the consequences. Grant me a spirit of sincerity and strength always to accept and follow your will.

Resolution:
I will arrive a little early to Mass tomorrow in order to spend a few quiet moments with Our Lord asking for the grace of always being sincere and upright in my actions.