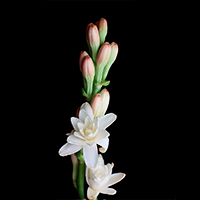 Living a life of chastity is probably one of the most challenging calls of Catholic disciples today! There are so many myths regarding what it means to be a virgin – and what it means to simply be a person who embraces a life of chastity. Since chastity is quite counter-cultural in the world today, it is incredibly important for Catholic young adults to help to build one another up in this calling from Our Lord. We can turn these myths about virginity and chastity upside-down when we live our lives in an authentic, genuine, and honest way, and when we truly try to understand and to pray for people who “hate on” and judge us.

Myth #1. They’re brain-washed by Catholicism that sex is bad.

On the contrary, if you speak with most Catholic virgins, you’ll find that they believe that sex is inherently good, awesome, amazing, and beautiful! Sex is SO good, in fact, that it has the power to renew a married couple’s marriage vows, help them to grow in holiness, and even (possibly) create new life! To Catholic virgins, only two spouses who are united in the eyes of God as “one flesh” are able to offer their bodies, together, as a pleasing sacrifice to God. Ergo, to Catholic virgins, sex is truly sacred and has the power (in the right context) to connect two spouses to the Divine. AMAZING.

Myth #2. They lack sexual confidence and could never “score.”

Au contraire! In fact, many people you may perceive as virgins may not actually be virgins in the technical sense of the word. A large percentage of Catholic virgins are “reclaimed virgins”: individuals who have had pre-marital sex in the past, but have decided to no longer do so. These individuals came to a point in their lives where they finally understood, and most likely were blown away by, the Catholic Church’s teachings on chastity! And in regards to the “technical” virgins: sex these days is fairly easy to come by (think: hook-up apps), so concluding that these individuals cannot “score” because they “lack confidence” is a weak argument. Catholic virgins are socially and sexually confident individuals, unafraid to live out the Catholic faith wholeheartedly, and this includes embracing chastity in a society that often laments it!

Hey, Catholic virgins are human, too! They have sexual desires and temptations just as does everyone else. In fact, they can understand why their peers might (erroneously) think they’re (a) mentally insane to stay chaste and/or (b) judgmental of others in this regard. Get this straight, though: Catholic virgins are of sound mind and don’t get some sort of one-upping high thinking that they’re being “pure” while others all around them are being “impure”! In fact, Catholic virgins come from a place of deep empathy regarding the current sexual climate of their generation. They see why their peers may choose to have sex before marriage, but decide that the risk to go against the grain is beneficial for them.

Catholic virgins see the goodness and beauty in saving sex for marriage as well as the pain that NOT saving sex for marriage (or even having a disordered view of sex within marriage) can cause. Instead of thinking “man, I’m so much better off than him” or “wow, just look at how unholy she is,” Catholic virgins often think things like: “I hope he knows his worth,” “I hope she knows that she’s stronger than her porn addiction,” and “I truly wish a healthy, whole relationship for them.” Moreover, Catholic virgins fervently ask their peers to pray for them, because they know that it is only through the grace of God that they can remain steadfast in living a life of chastity!

Myth #4. They’re perfectionists who are overly idealistic about love.

Young adult Catholic virgins today are “millennials” and “Gen Z’ers”. As such, they have “Baby Boom” and “Gen X” parents who either grew up in – or were heavily exposed to – the hippie-driven free-for-all view of “love” (rather, sex) that marked the sexual revolution of the 1960s. But love (and sex) always has a cost: namely, sacrifice… at least in a healthy relationship. No-strings-attached promiscuity, highly popularized in the sexual revolution and beyond, always comes with a price to pay.

Sadly, a good percentage of young adult Catholic virgins point to their parents’ broken marriages and family-of-origin wounds as having suffered from this “free-for-all love and sex mantra. So it’s not so much that Catholic virgins are perfectionists who are “overly idealistic” about love; rather, they simply thirst for a deeper meaning and purpose of love and sex in own lives. Often tired of “feeling like a statistic” themselves, they want to be proactive about having healthy relationships and marriages. In society today, this leads them to a counter-cultural intentionality concerning love, sex, and marriage.

Okay, so living a chaste life is NOT easy. It ain’t no lie! And at first, a Catholic virgin likely feels as though chastity entails mostly sexual repression, whether they’re living the single life or in a committed relationship. But as a Catholic virgin grows deeper in his or her faith, he or she realizes that chastity is NOT about repressing sexual desires at all, but about translating those sexual desires into other entities: namely, prayers of the heart (and body), love, and service!

For instance, if a guy is tempted to watch pornography online, he might get up from his computer desk (or lock his cell phone in some obscure place), offer that desire to watch porn (and his bodily temptation to be aroused by it) to the Lord, go put on his running shoes, and spend time with the Blessed Mother by praying the Rosary while jogging. These actions help him to open up to God in an honest way (“God, I really want to visit this website, but I know you have better plans for me, and you want to keep my heart chaste!”), firmly say “no” to the sin before him, and help him to grow in holiness!

Similarly, if a lady is tempted to have sex with her boyfriend, she might promptly and firmly lead them out of the tempting situation that they’re in – such as cuddling and kissing on a couch in an empty house – and then ask her boyfriend to join her in a quick prayer to St. Michael (even if he’s not Catholic, he can hold her hand and listen!) and go on a romantic nature walk instead. (Note: if you pray to St. Michael and Our Lady during times of sexual temptation, you just can’t go wrong!). On their walk, this lady and her boyfriend can connect in even deeper ways than merely physically. In fact, in dating and engagement, the possibilities of “connecting” BEYOND “sex/making out/unchaste acts” are endless – and chastity truly enables all couples to build on the skill of genuinely connecting. Cue the “creative date” lists!

So whether a Catholic young adult is single or in a relationship, learning to be chaste is liberating, because sexual desires and temptations no longer have a stranglehold on us, demanding our capitulation. Rather, we are called to be masters of our bodies, saying no to sin and yes to grace! We need not repress our sexuality and sexual desires, but embrace who we are as males and females, accepting our desires and temptations as natural parts of being human, offering them up to the LORD by not acting upon them, and instead engaging in actions that glorify Him!

Indeed, Jesus calls us disciples to be counter-cultural – and this is largely true in the area (more like arena, because it can be quite a battle!) of chastity in our lives. Yes, Jesus prayed to His Father that we would be “in the world” as salt and light, but not “of the world,” i.e. not worldly, including in our sexual values and actions. So may we live our lives as men and women consecrated to the Truth and courageously fighting the good fight – chastity included! And may we pursue the noble task of chastity in our lives not just as individuals, but together, building one another up and helping to lift this fallen world from sin and into the arms of grace!